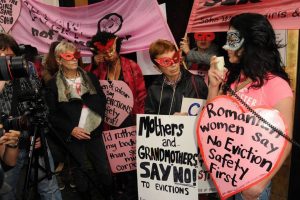 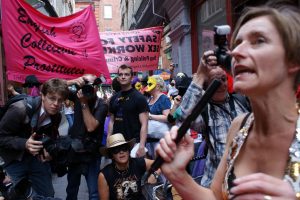 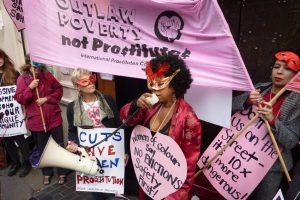 Sex workers have been in Soho, central London, for at least 200 years. During that time there has been constant attempts to arrest women and raid and close down the premises where we work. Since the 1980s women in Soho have been part of the ECP’s network and we have spearheaded campaigns against raids, evictions and landgrabs.

Dazed: Why sex workers went on strike this week

VICE: ‘People’s Lives Are at Stake’: Sex Workers Went on Strike This Weekend

I News: Why sex workers are going on strike

The Mirror: Hundreds of prostitutes ‘on strike’ as they protest unfair working conditions

Letter from Empower in Thailand to the UK Home Secretary protesting raids done in the name of anti-trafficking.

Vice: I Marched Through Soho Last Night In Support of Britain’s Sex Workers

Daily Star: ‘We are not forced to sell sex’ – hookers’ fury after brothel raids

Times: How Paul Raymond’s riches are being used to drive the sex out of Soho

Audio: Radio 5 on policing of prostitution

The Guardian: Rupert Everett in defence of prostitutes: ‘There is a land grab going on’

Action Alert: Act now to stop the destruction of Soho

Tits and Sass: The week in links

Independent: Hands off our seedy Soho: Do we really want our London streets ‘cleaned up’?

BBC News: Soho sex workers speak out against ‘clean up’

Statement: Response to ‘Setting the Boundaries – Reforming the Law on Sex Offences’

I came to work like normal, and after I see police running up the stairs,” she told me. “They had dogs. They were shouting at me, ‘Don’t move, don’t move.’ They started yelling at me, asking me if I was trafficked because I’m from Romania. It was scary. I still shake when I see the police Read more.

The Guardian: Rupert Everett in defence of prostitutes ‘There is a land grab going on’

There is a land grab going on in Soho under the banner of morality. That night, while Stephen Ward was bowing to an entranced audience, 200 of our boys in blue raided more than 20 models’ flats, arresting 30 girls and confiscating their earnings. (This money, by the way, is virtually impossible to retrieve, due to various glitches in the law concerning legitimate earnings etc.) Read more.

Westminster Council backed the raids saying it aimed to “help any vulnerable woman” and that “their safety is paramount”. If the aim was to help victims, why did the police break down doors and handcuff women while they searched premises? Why did they bring the media with them, which then published photos identifying women? Read More 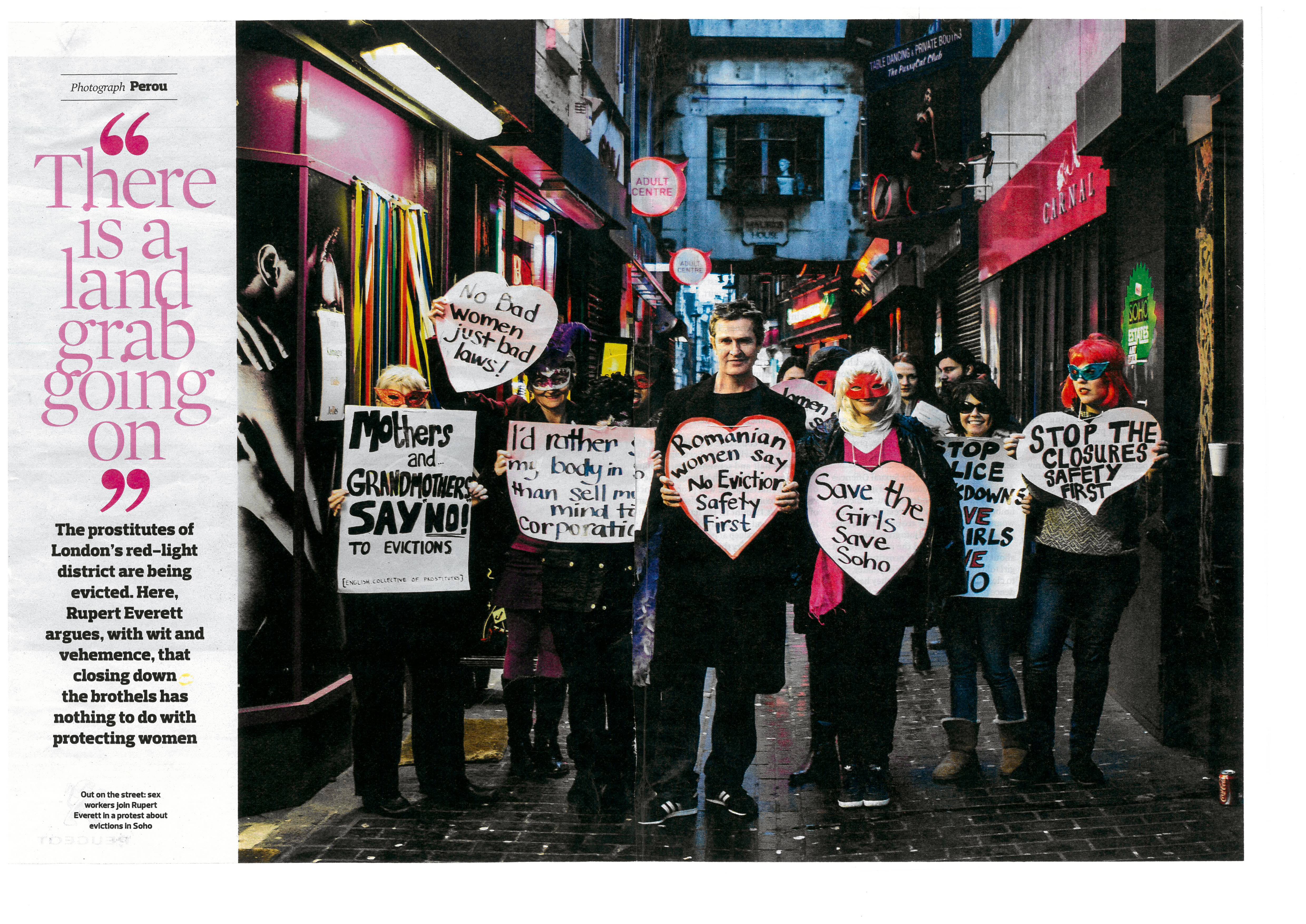 This short documentary follows the stories of sex workers who were evicted from their flats in Soho, London, during police raids in December 2013. Along with the traditional documentary format, actresses in a studio perform the real testimonies given by the sex workers and re-enact the trials in which women appealed against the closure orders.

Our zine Soho Fights is a lively format storytelling of the important but little known struggle by sex workers against eviction, criminalisation and gentrification in Soho. 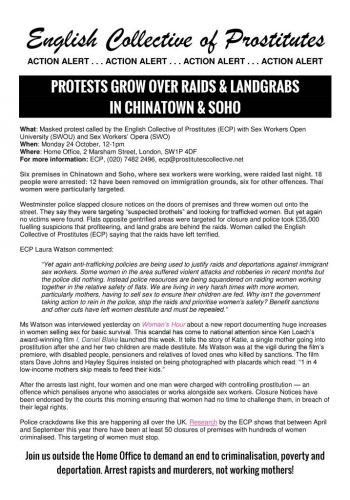 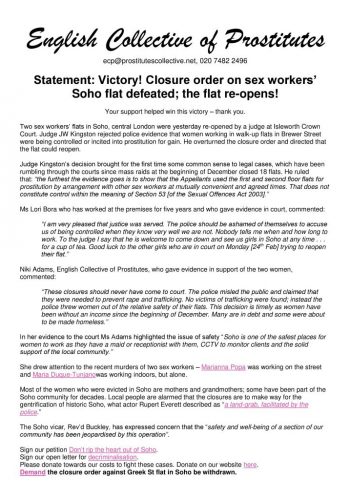 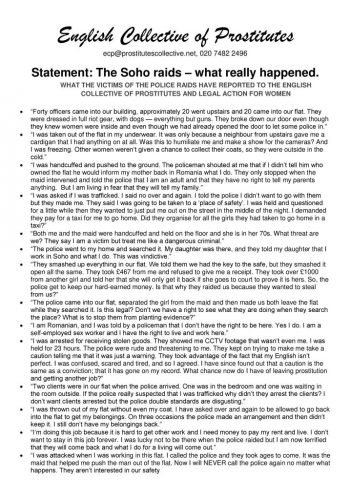 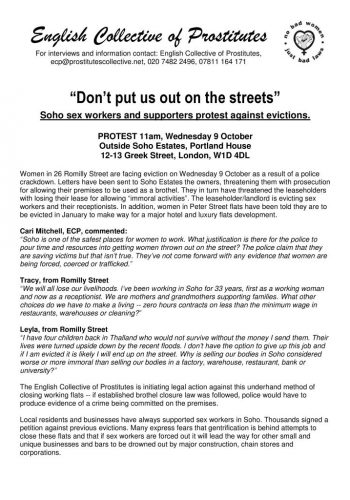 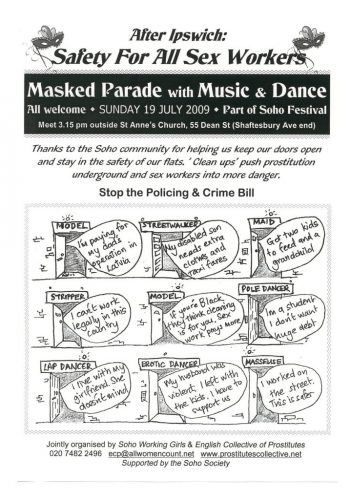 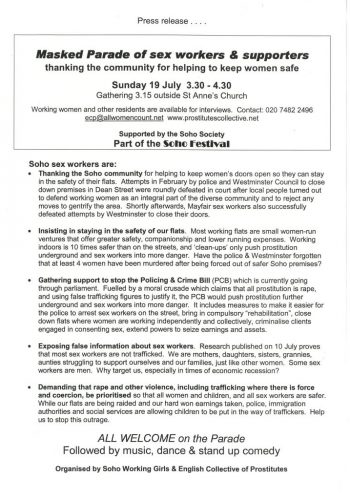 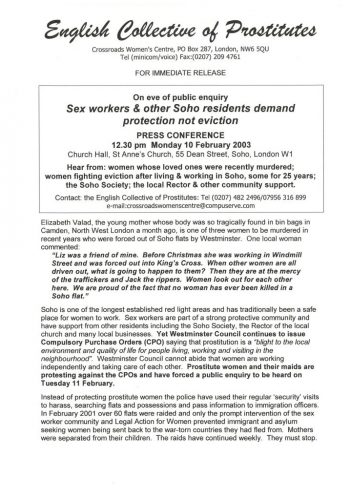 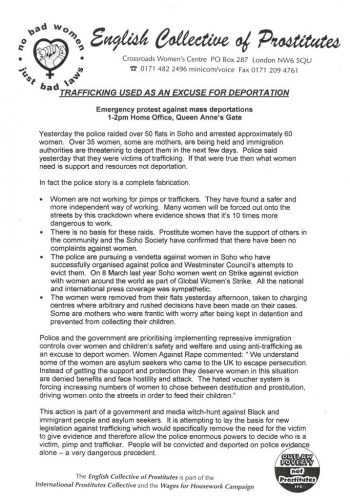 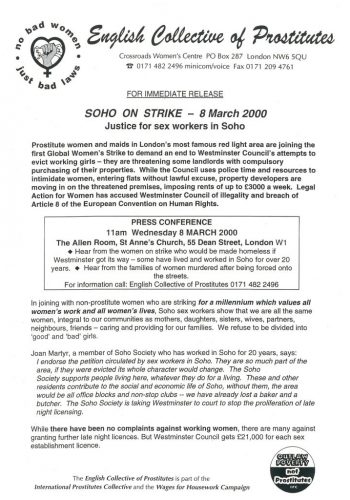 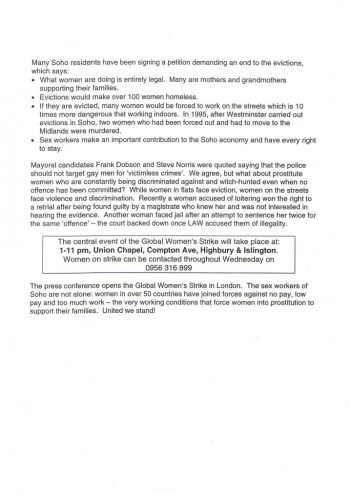 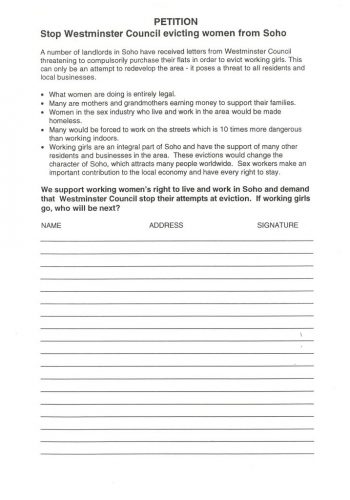