The English Collective of Prostitutes (ECP) is a self-help organisation of sex workers, working both on the street and in premises, with a national network throughout the UK. The organisation campaigns for the decriminalisation of prostitution, for sex workers’ rights and safety, and for resources to enable people to get out of prostitution if they want to.

Established in 1975 with the aim of abolishing prostitution laws, the ECP were prominent in supporting Margaret Colquhoun’s ‘Protection of Prostitute’s Bill which was passed in 1979. ECP later challenged kerb crawling legislation, and in 1990 publicly stated the implications of Sir William Shelton’s ‘Sex Discrimination Bill’.

In 1981 the ECP published ‘Know Your Rights: An A-Z for Sex Workers’ which offered sex workers information on existing legislation, and guidance on ways to defend their rights. In the same year, the ECP organised a picket of the High Court in London over the case of the ‘Yorkshire Ripper’, and protested against a perceived disregard for sex workers lives. In 1982 the ECP occupied a the Holy Cross church in Kings Cross. This occupation was well photographed, and many women involved opted to wear eye masks when being photographed.

The ECP continued their campaigns throughout the 1990s, and in 1995 succeeded in achieving private prosecutions for rape charges in England. In 2006, following the murders of five young women in Ipswich, the ECP was involved in the establishment of the Safety First Coalition. This coalition stressed the need for sex workers safety and campaigned for the decriminalisation of sex work.

The English Collective of Prostitutes continued its campaign throughout the 2000s, and remains part of the international sex worker led movement for decriminalisation. 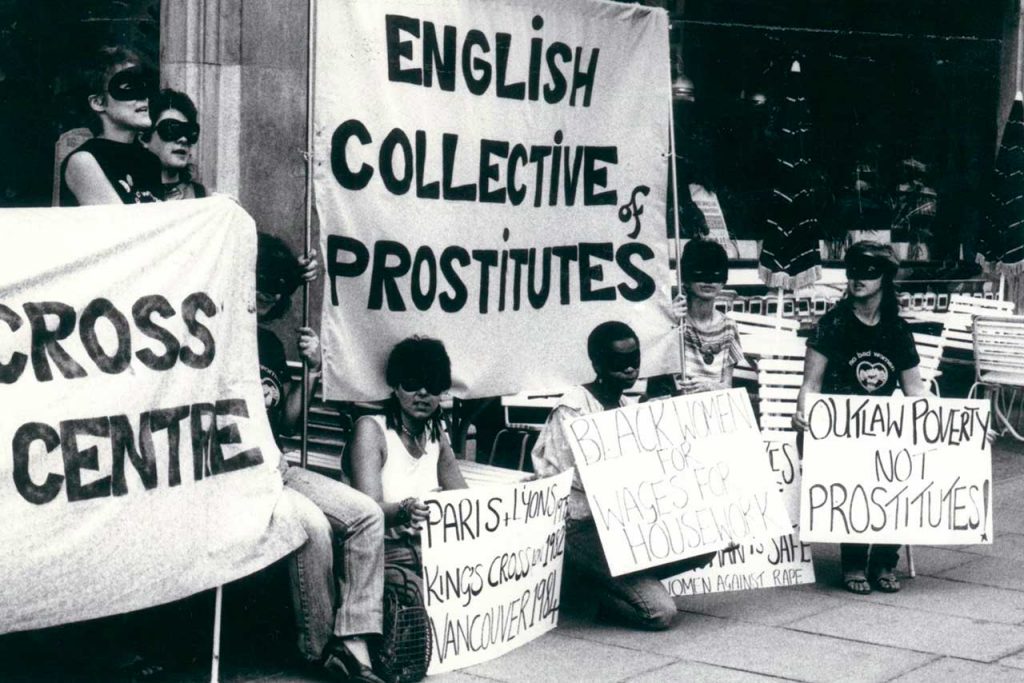