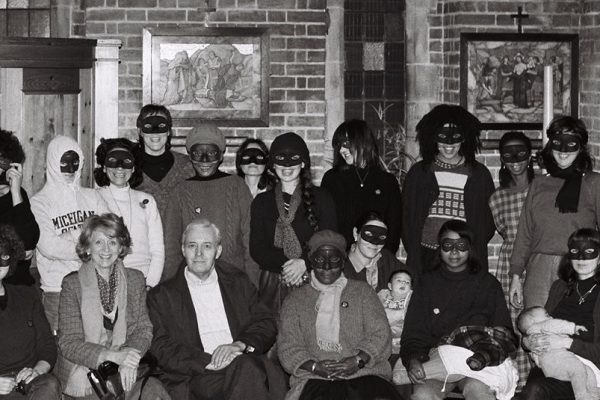 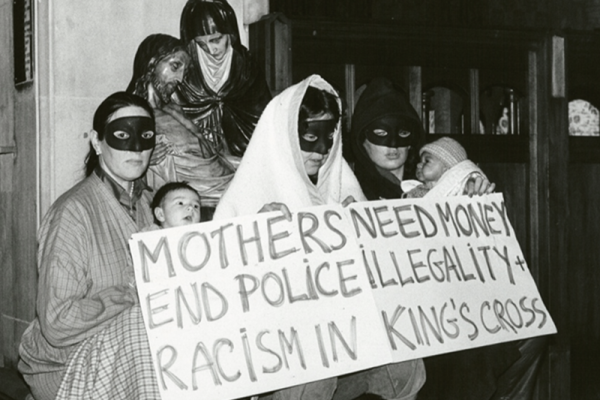 On 17 November 1982, the ECP took sanctuary in the Church of the Holy Cross in the red-light area of King’s Cross, London for 12 days to protest “police illegality and racism” against sex workers. Our banner read ‘Mothers Need Money; End Police Illegality & Racism in King’s Cross’.

The ECP’s occupation followed in the footsteps of sex workers in France who in 1975 occupied churches across the country to protest police arresting and fining them while doing nothing to stop rape and other violence including a number of brutal murders.

Together they mark the beginning of the modern sex workers’ rights movement. 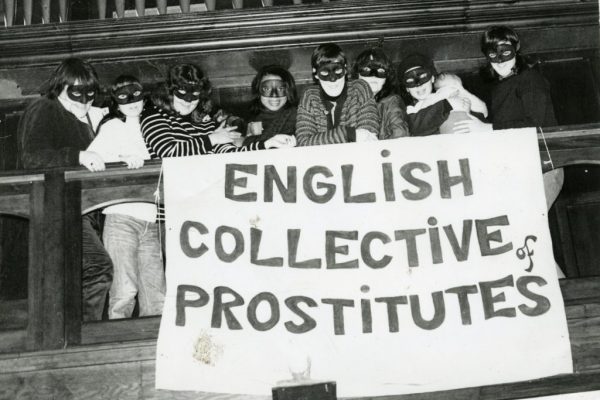 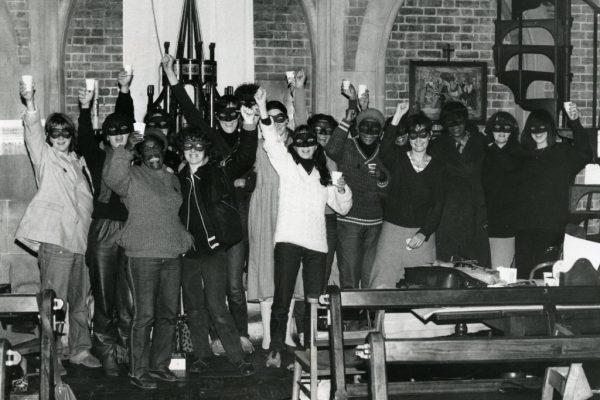 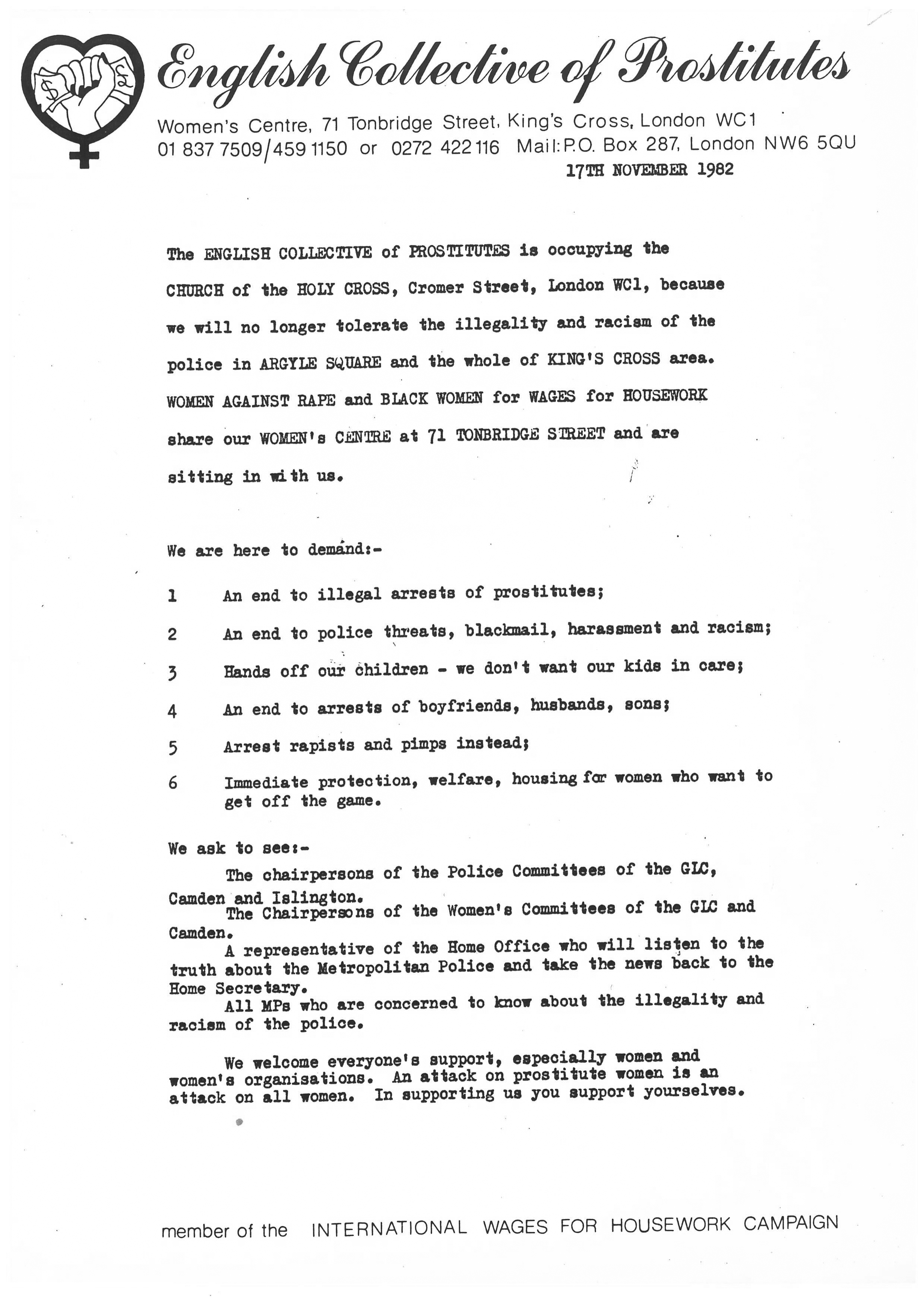 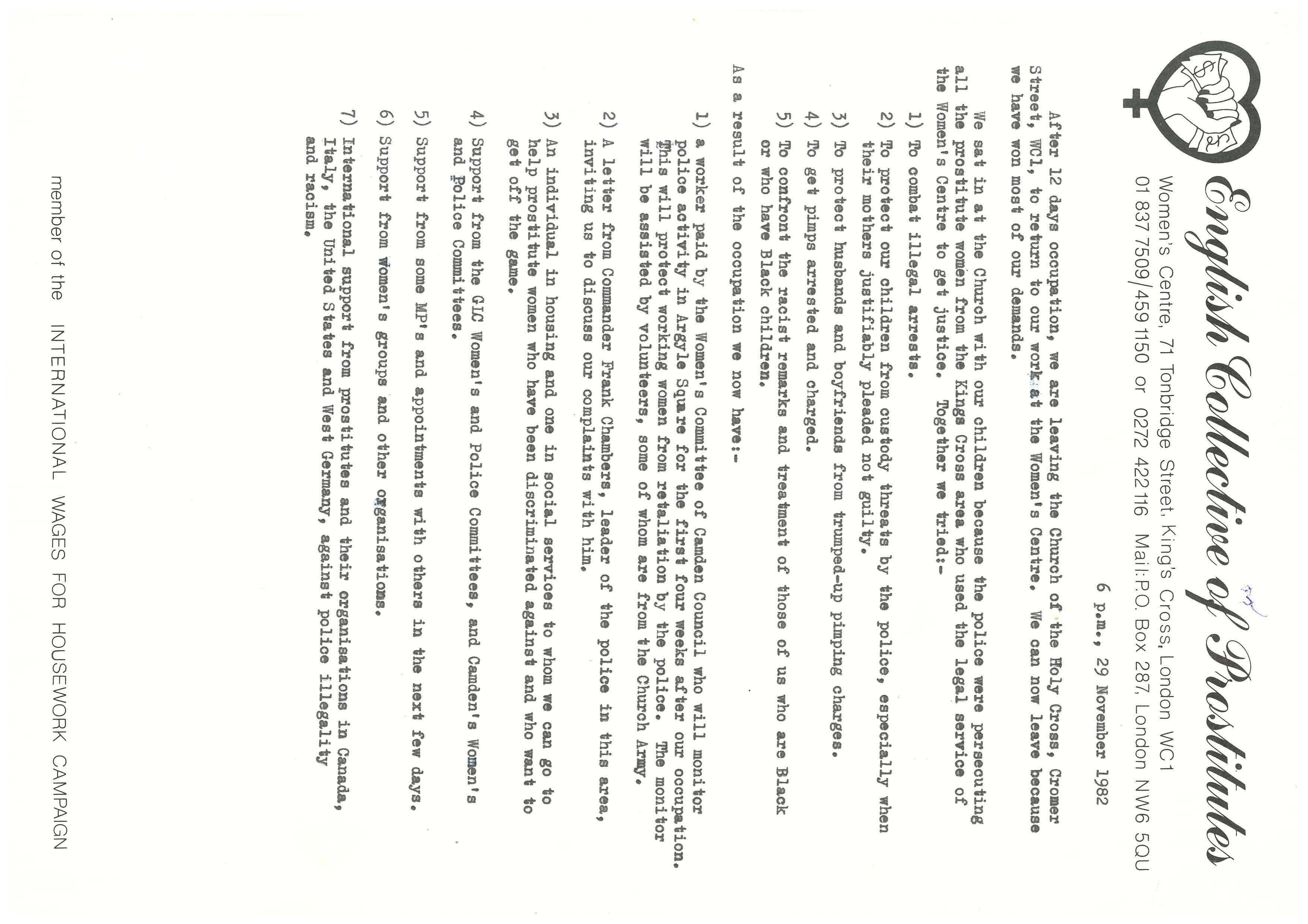 In May 2018, Sarah Walker from the ECP sat down with Polly Rodgers to record her memories of the ECP occupation of the Holy Cross Church as part of the project King’s Cross Story Palace. In the recordings below, Sarah talked about the political climate that led up to the occupation, the occupation itself, and what life was like for sex workers working in King’s Cross in the ‘80s.

Frankie Miren interviews women who were at the centre of the occupation, and explores the legacy of their action today.

To mark the 40th anniversary of the Occupation and as part of the Bloomsbury Festival, the Holy Cross Church invited the ECP back to the Church to reflect on the significance of the occupation then and today with others who were there at the time. 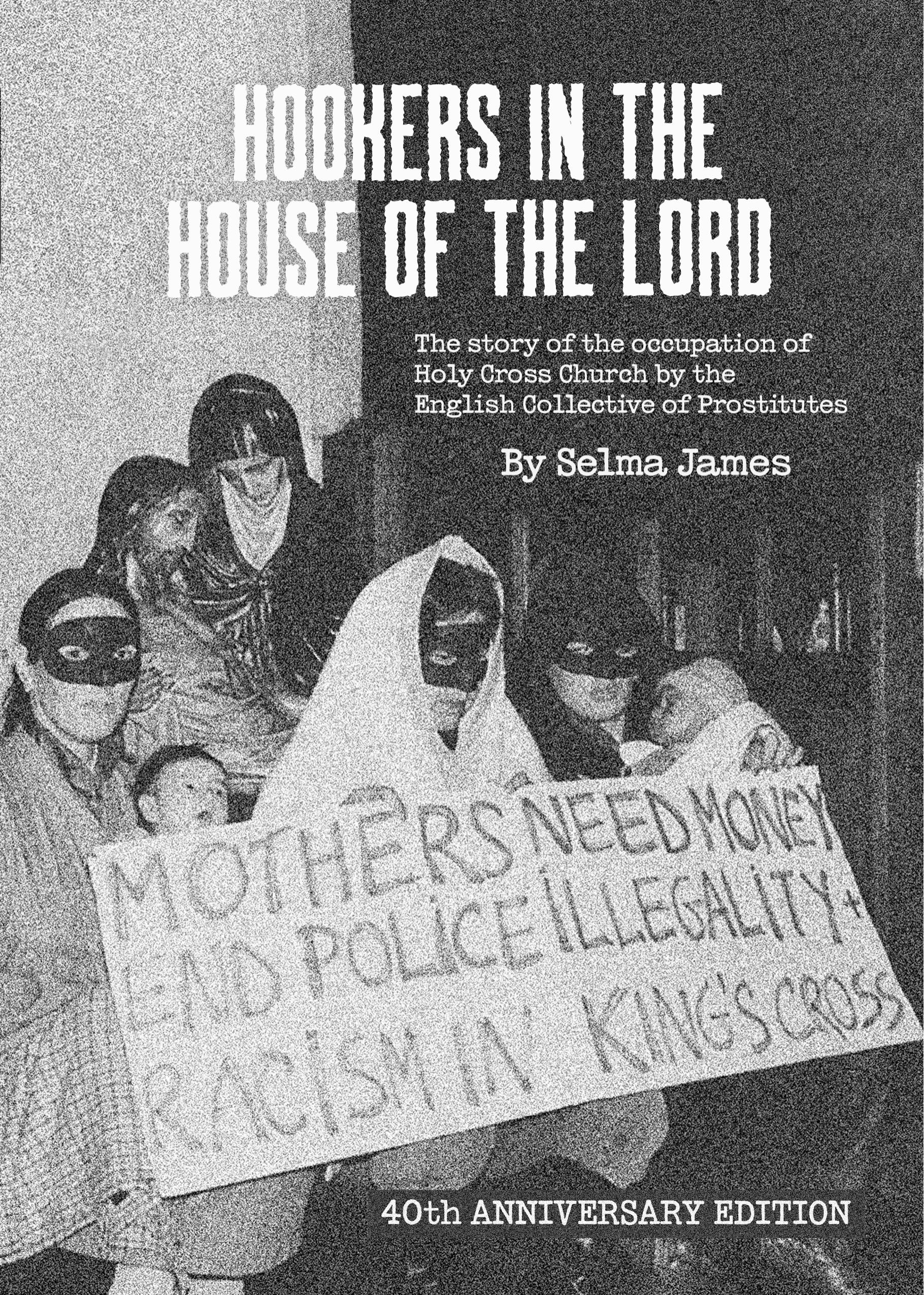 An account of the 1982 occupation of Holy Cross Church by the English Collective of Prostitutes to protest police Illegality and racism, with photos and press coverage from the time. 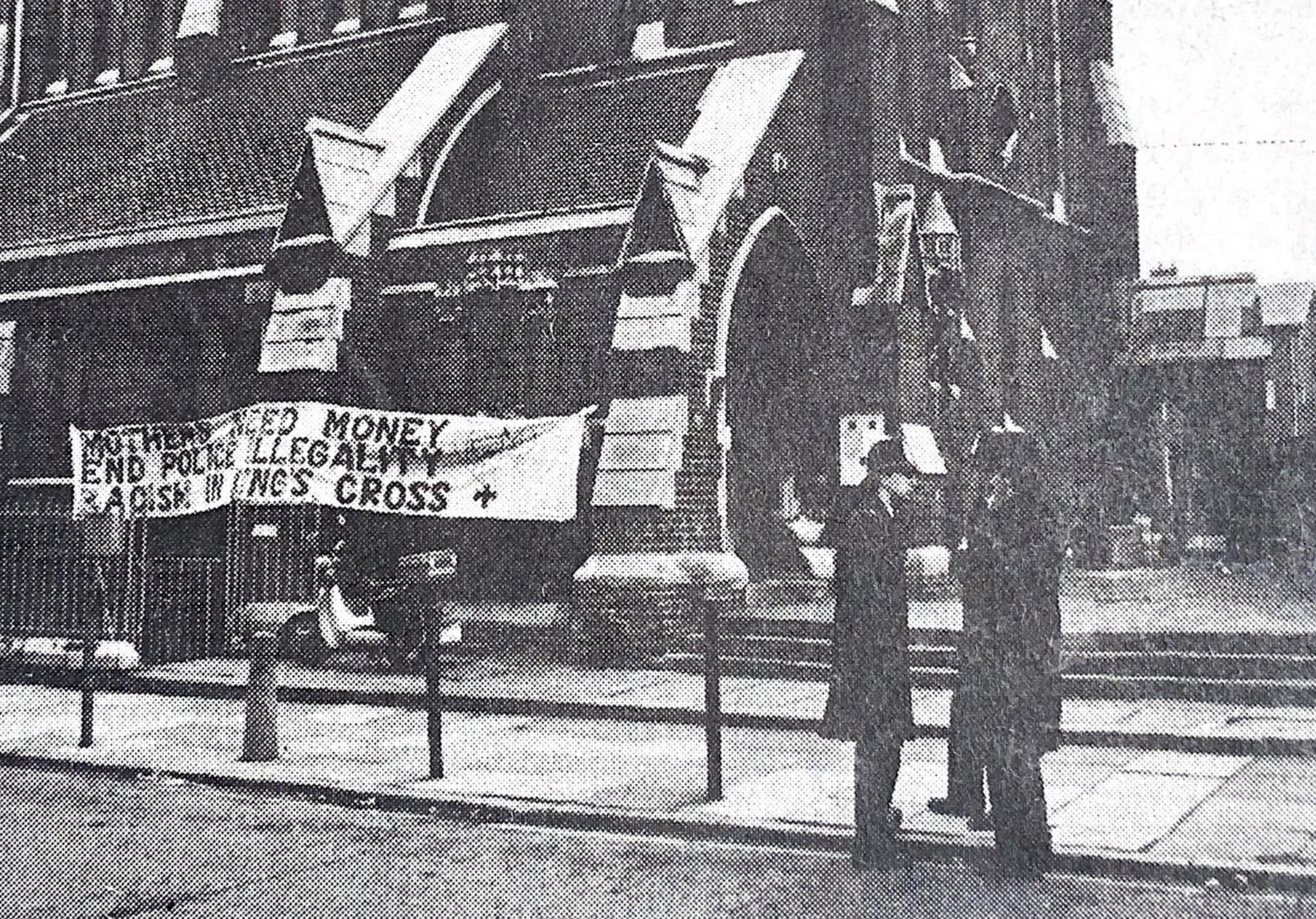