Women who move country in the hope of a better life, often find that they are kept out of a lot of jobs by sexism, racism and low wages and that prostitution becomes one of the few ways to survive. Many are mothers supporting families.

Migrant sex workers in the UK are increasingly being targeted by police for arrests, raids and deportations and this has got worse since the Brexit vote.

The English Collective of Prostitutes has been fighting these injustices and some of the women’s stories and struggles over the last decade are featured here.. 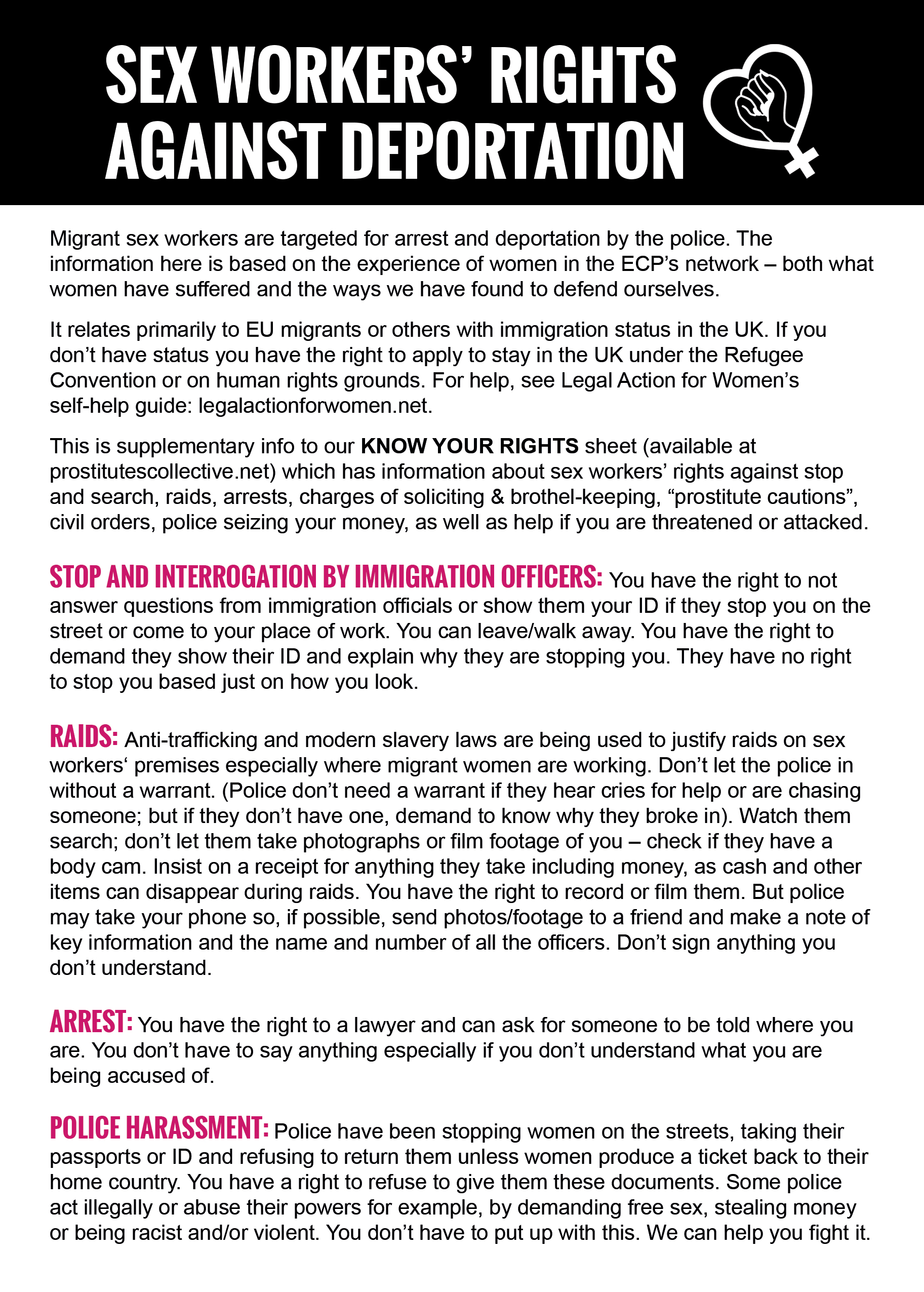 Migrant sex workers are targeted for arrest and deportation by the police. The information in our new rights sheet is based on the experience of women in the ECP’s network – both what women have suffered and the ways they have found to defend themselves.It relates primarily to EU migrants or others with immigration status in the UK. If you don’t have status you have the right to apply to stay in the UK under the Refugee Convention or on human rights grounds. 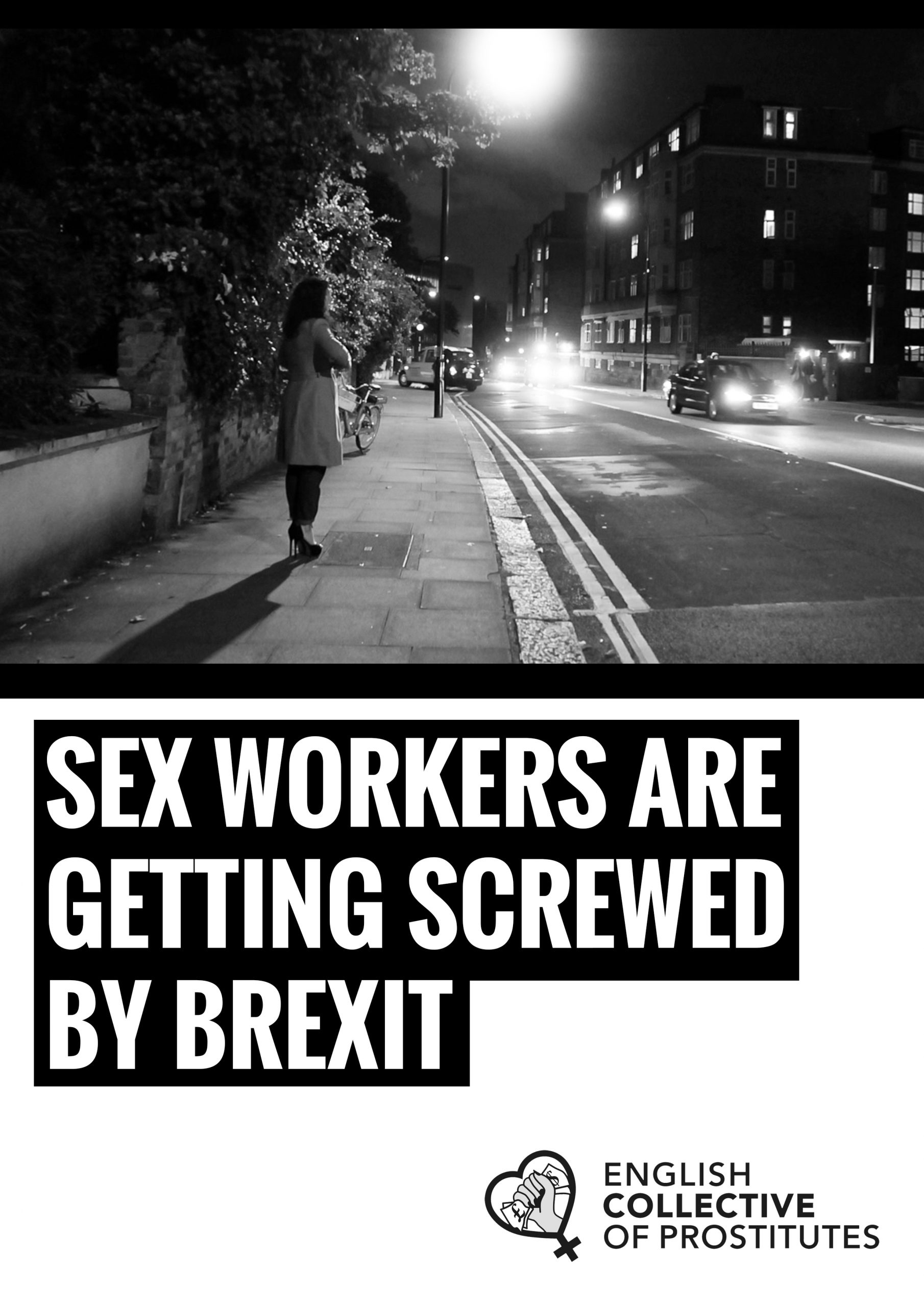 Sex Workers Are Getting Screwed by Brexit

As the clock ticks down to Brexit and with sex work unrecognised as work in the UK, EU sex workers living and working in the UK are fighting for the right to stay in the country. Arrests and deportations of EU migrant workers have been rising, particularly since the Brexit referendum in 2016. With the help of Legal Action for Women, Women Against Rape, and in a few cases, lawyers, we’ve researched legal rulings and prepared letters laying out sex workers’ rights which migrant women have used to defend themselves from deportation.

Vice: Sex Workers Are Having Their Earnings Confiscated in Trafficking Stings

Independent: Sex workers harassed, assaulted and illegally targeted for deportations amid culture of xenophobia after Brexit

Press Release: Sex workers document Brexit-inspired discrimination that is depriving them of the right to remain in the UK

Vice: London’s Romanian sex workers are worried that Brexit would screw them