I News: Why sex workers are going on strike 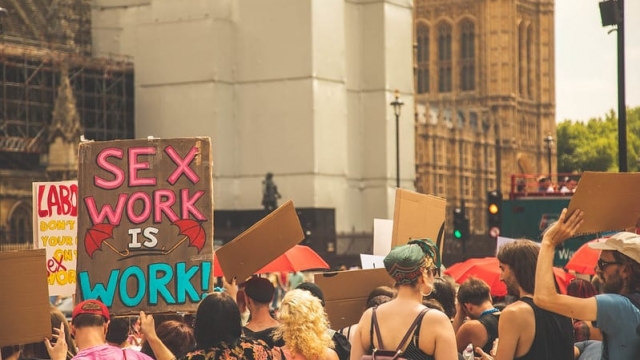 This International Women’s Day, the International Committee on the Rights of Sex Workers in Europe (ICRSE) is launching a campaign calling for all feminists to support sex workers. The campaign focuses on sex workers’ grassroots activism across Europe – from Norway to Romania, Germany to Ukraine – and highlights the call by sex worker-led organisations across Europe for full decriminalisation of the industry.

The sex work strike will draw attention to the fact that, although buying and selling sex is legal in England and Wales, most activities associated with the transaction are criminalised. Working together indoors is illegal, as is soliciting. Sex workers say being forced to work alone, in isolated areas, makes them more vulnerable to abuse.

In the UK, sex workers will be a central part of the International Women’s Day sex/work strike, which culminates in a mass demonstration in Soho Square, London on 8 March. Support for the sex worker rights movement is at an all-time high, according to organisers the Women’s Strike Assembly,

“Ten years ago, mainstream feminists were able to ignore the demands of sex workers calling for decriminalisation,” says spokesperson Camille Barbagallo. “Today, the UK has several pro-decriminalisation Labour MPs and the unionisation of strippers had led to impressive wins against exploitative clubs. Sex worker rights are decidedly on the feminist agenda.”

Alongside Dawn Butler, who has questioned the efficacy of the Nordic Model (under which the purchase of sex is criminalised), a form of legislation favoured by some female Labour MPs, Nadia Whittome, Charlotte Nichols and Zarah Sultana form the new crop of MPs sex worker-led organisations count as allies.