In 2000, Westminster Council attempted to close flats in Brewer and Peter Street using compulsory purchase orders claiming that the premises were not used for residential purposes.

Determined not to be thrown out of the flats where they lived and worked, women organised a petition which was signed by thousands of people, held a press conference and initiated legal action to stop the evictions.

On International Women’s Day 2000, for the first time, hundreds of masked sex workers marched through the streets of Soho as part of the Global Women’s Strike.

Local people, including the Soho Society and the vicar, came out in support, worried about women’s safety and that if sex workers were evicted it would change the unique character of the area with its LGBTQ venues, independent businesses, theatres and immigrant communities. 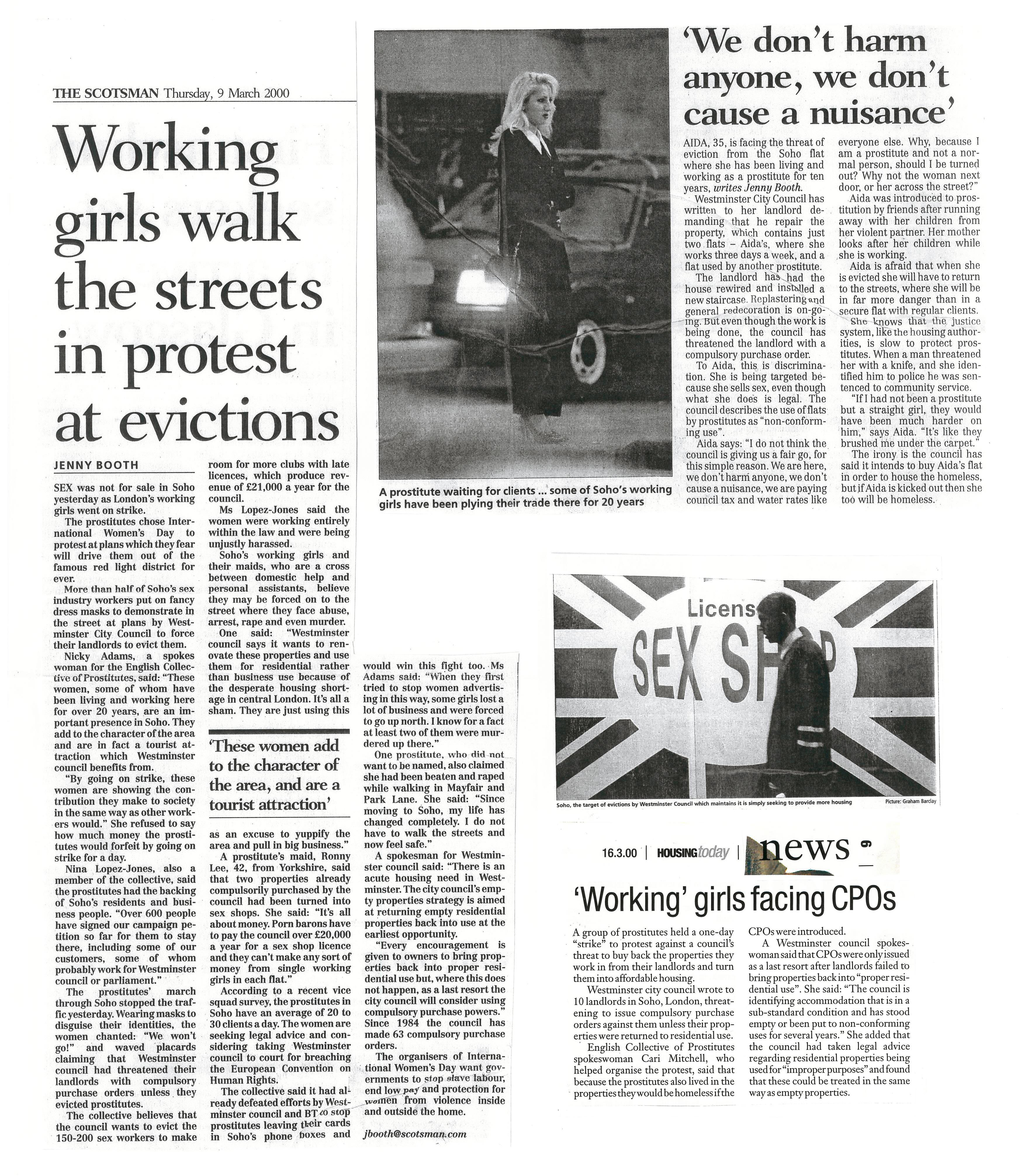 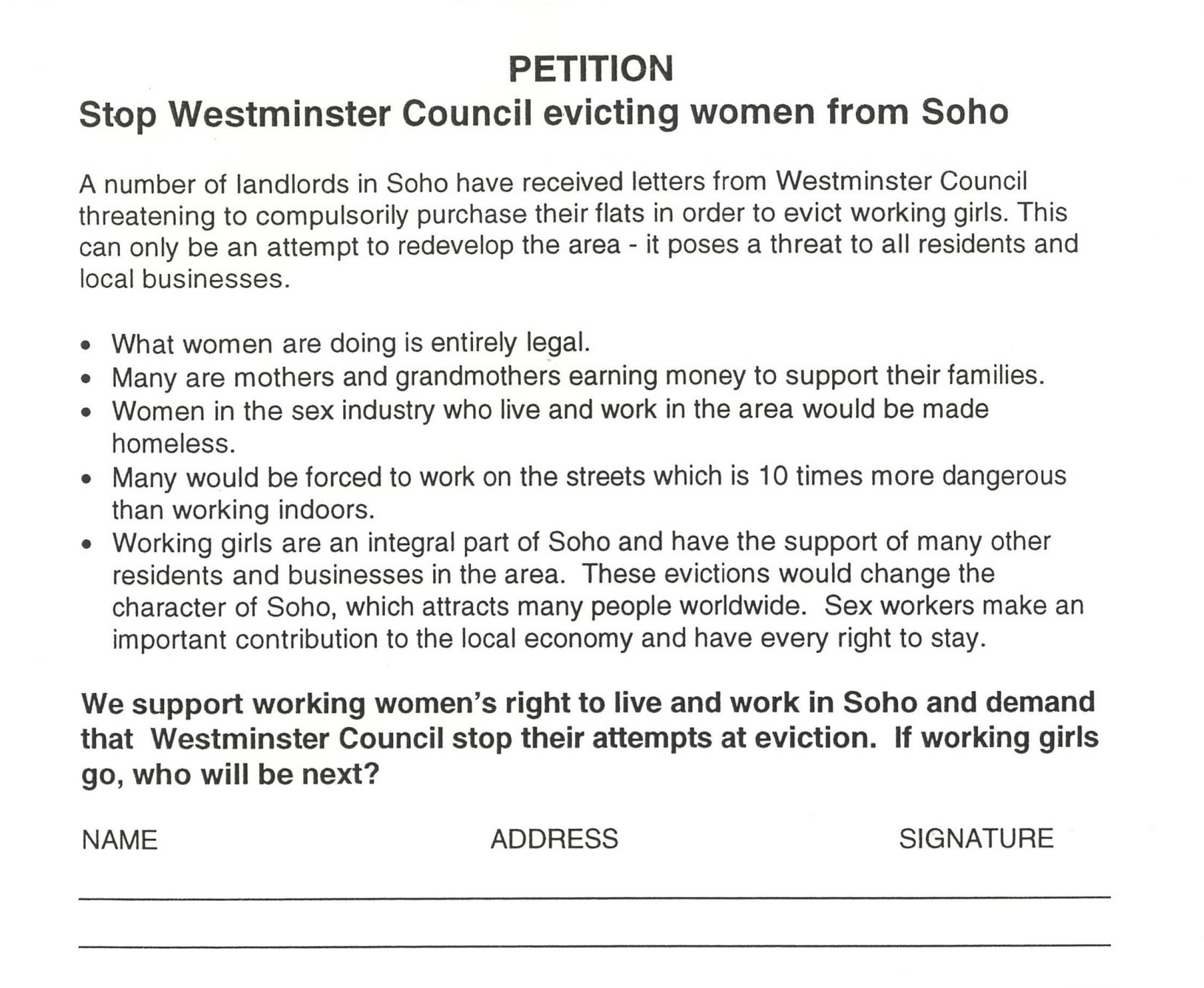 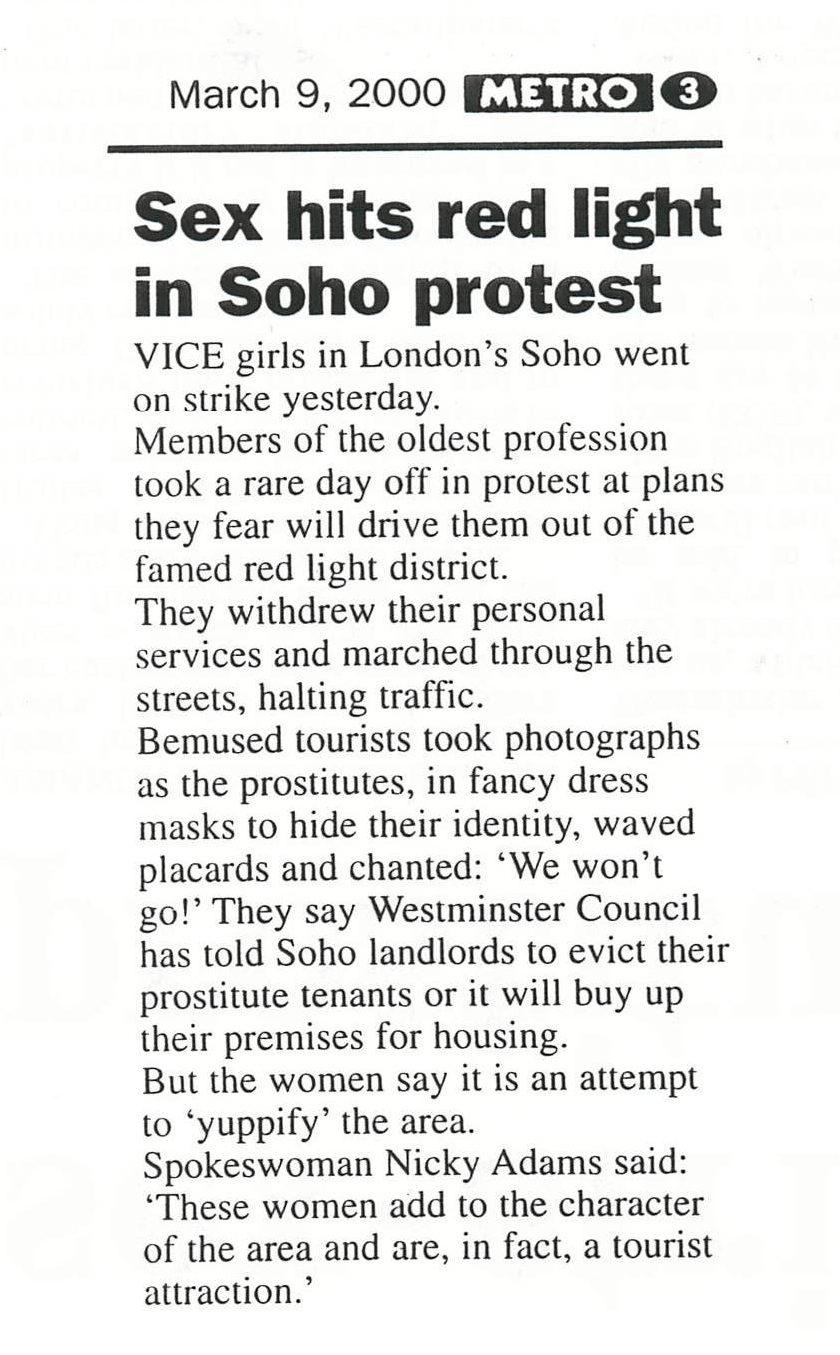 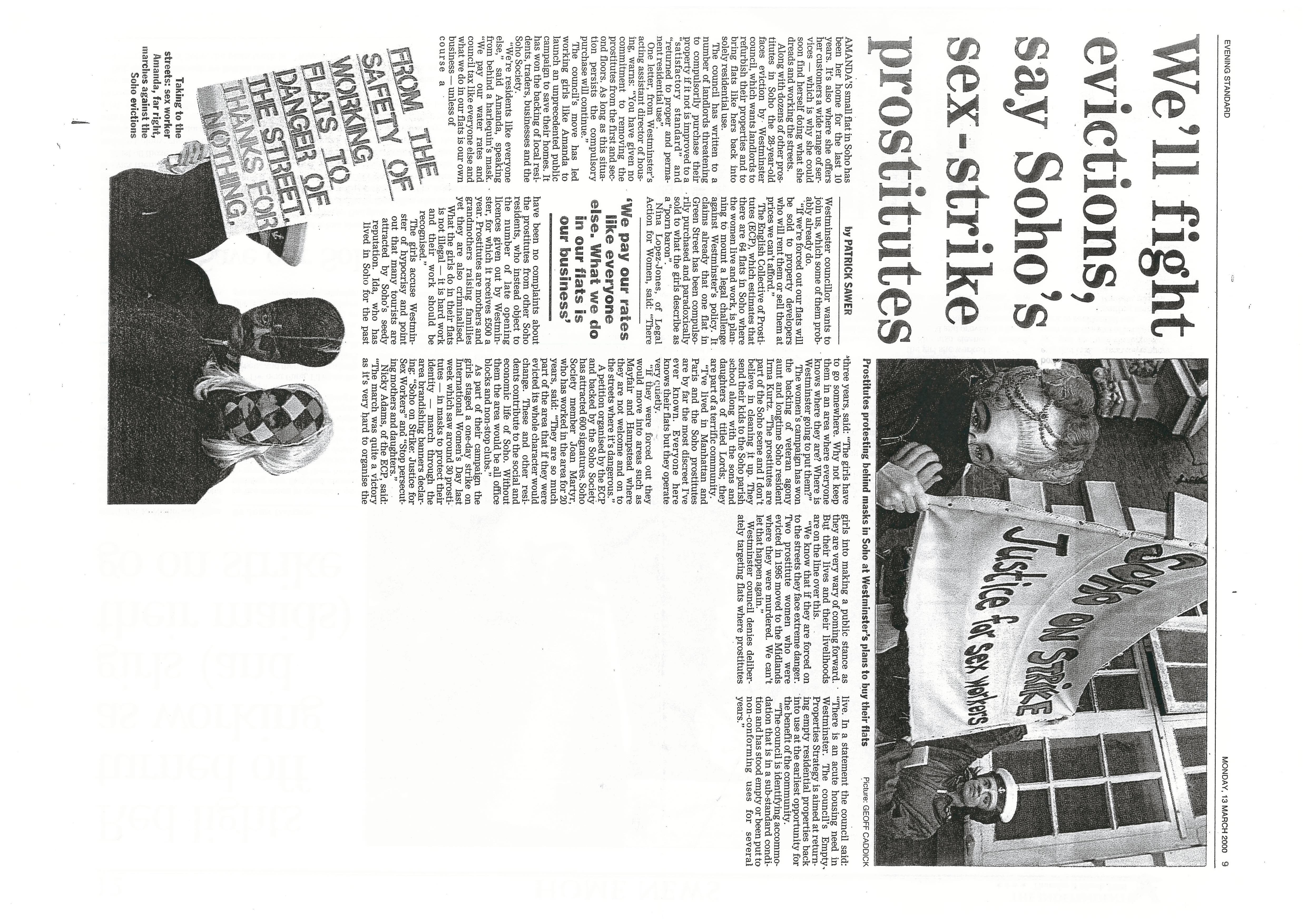 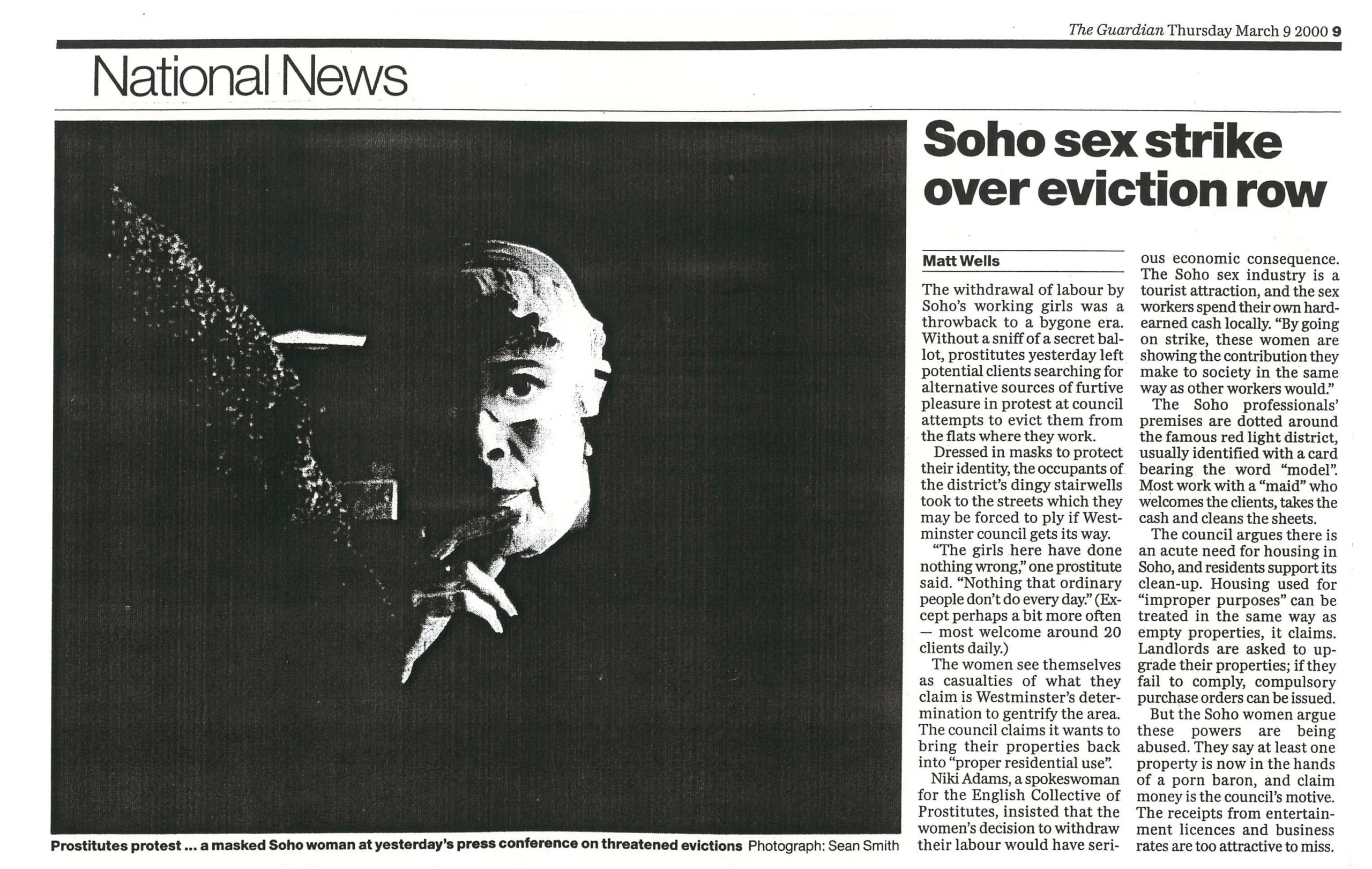 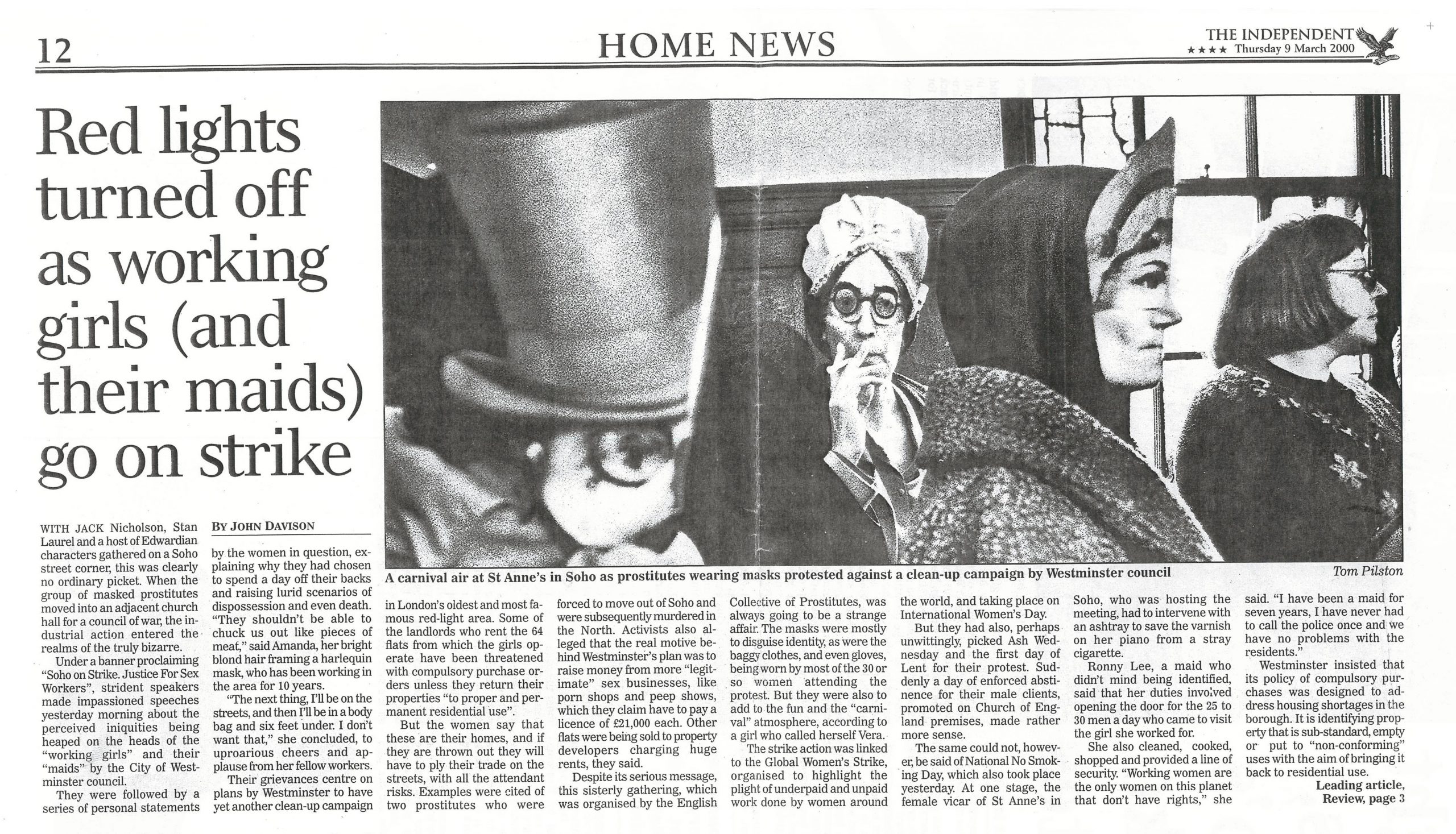 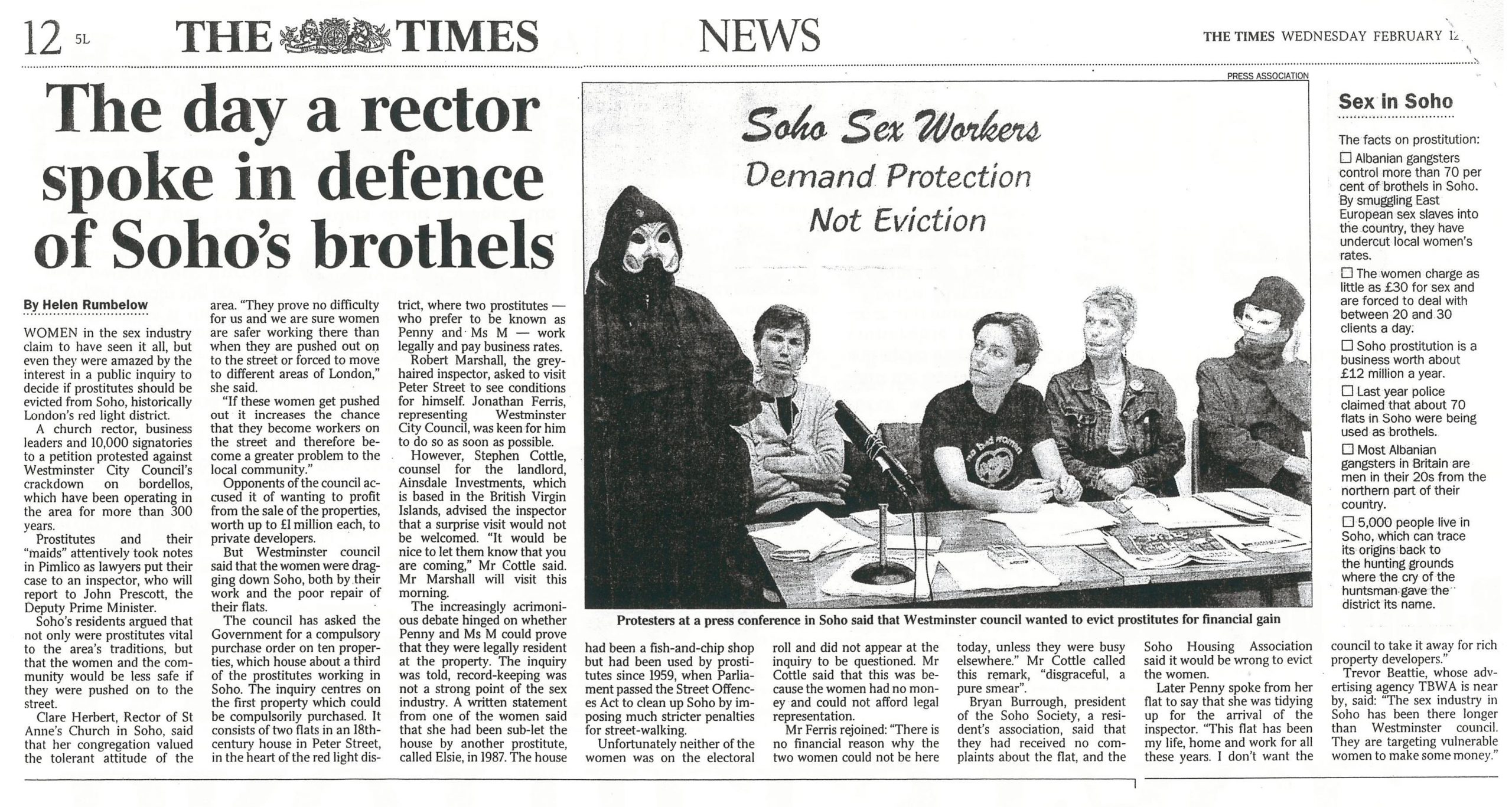 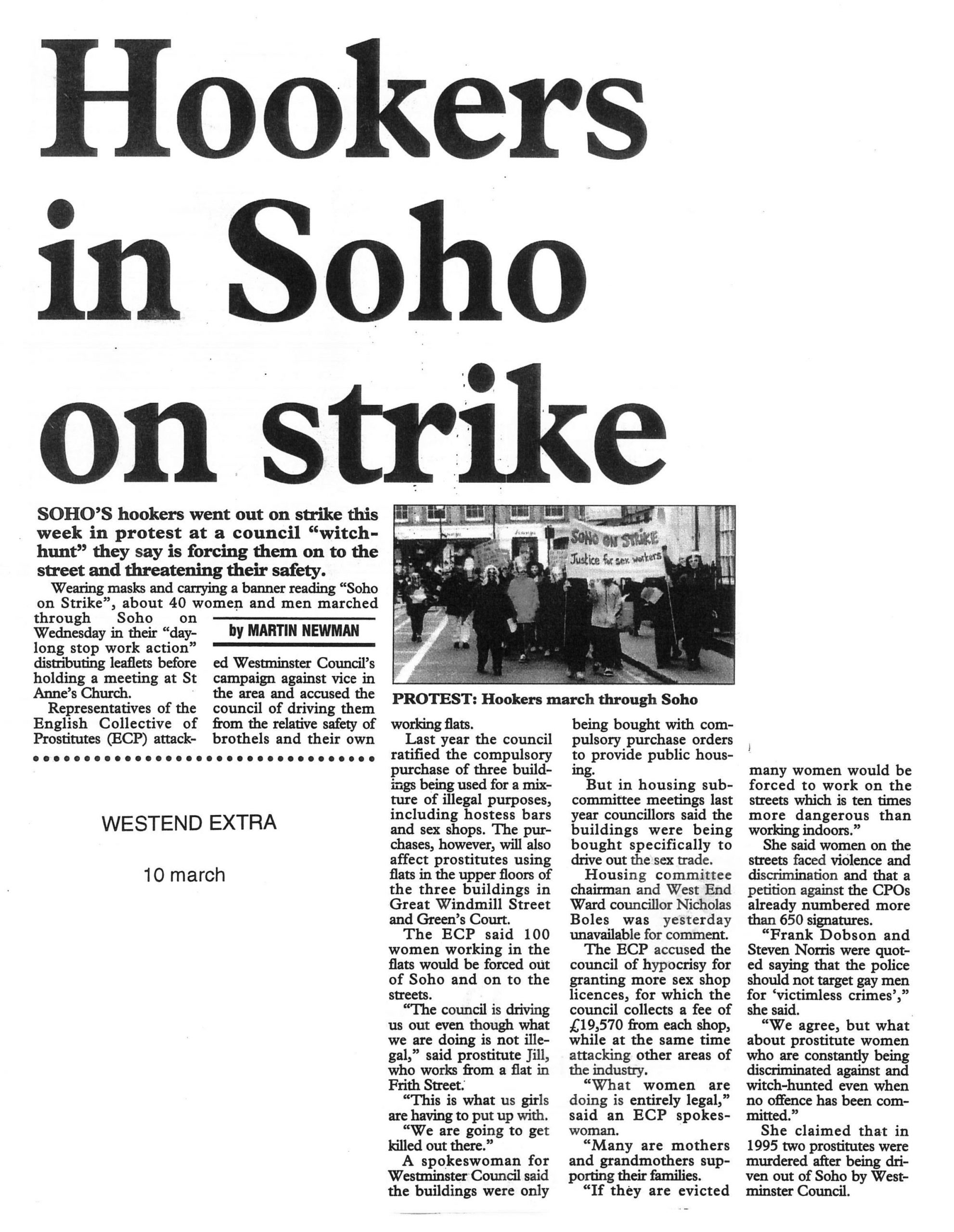 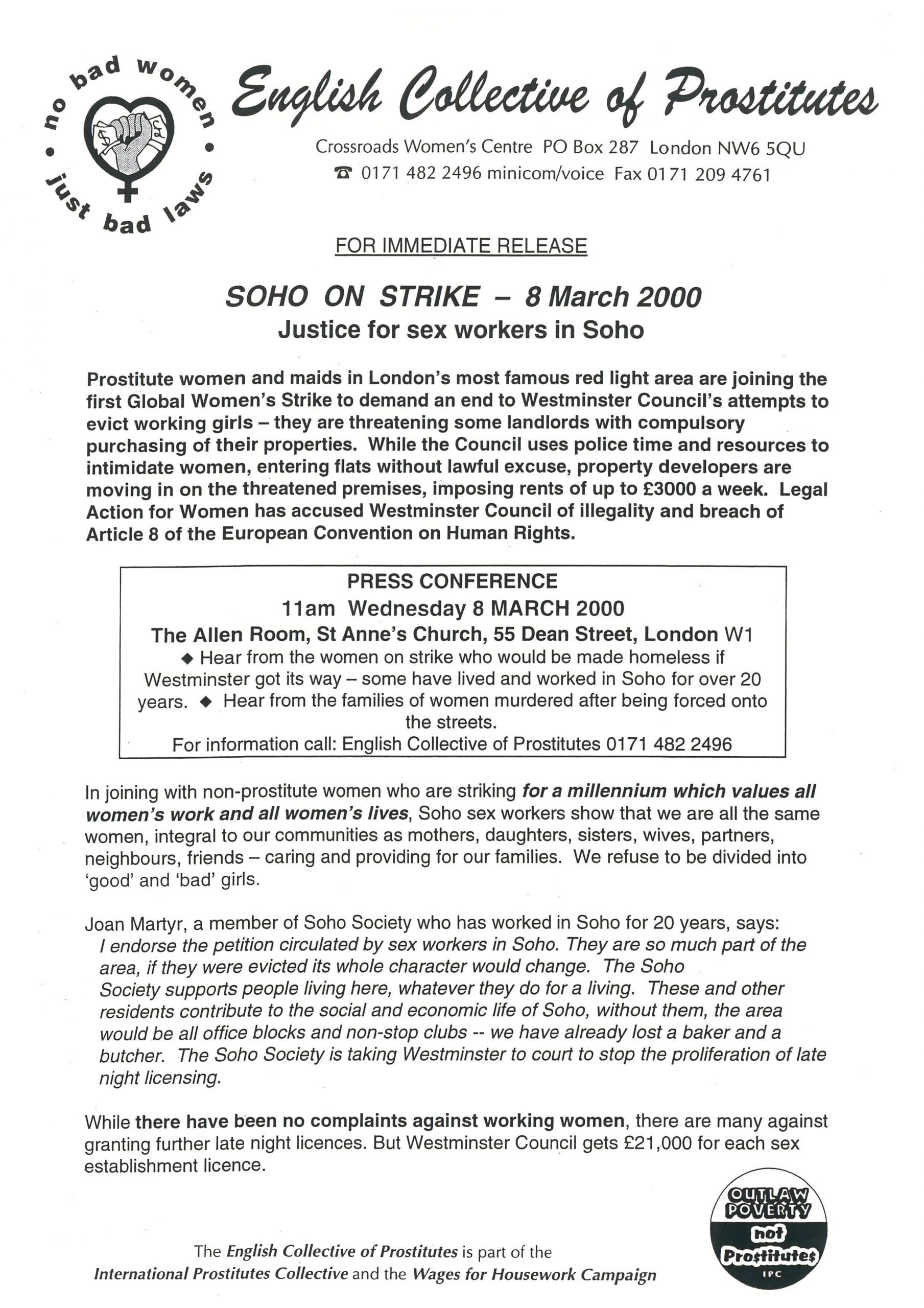 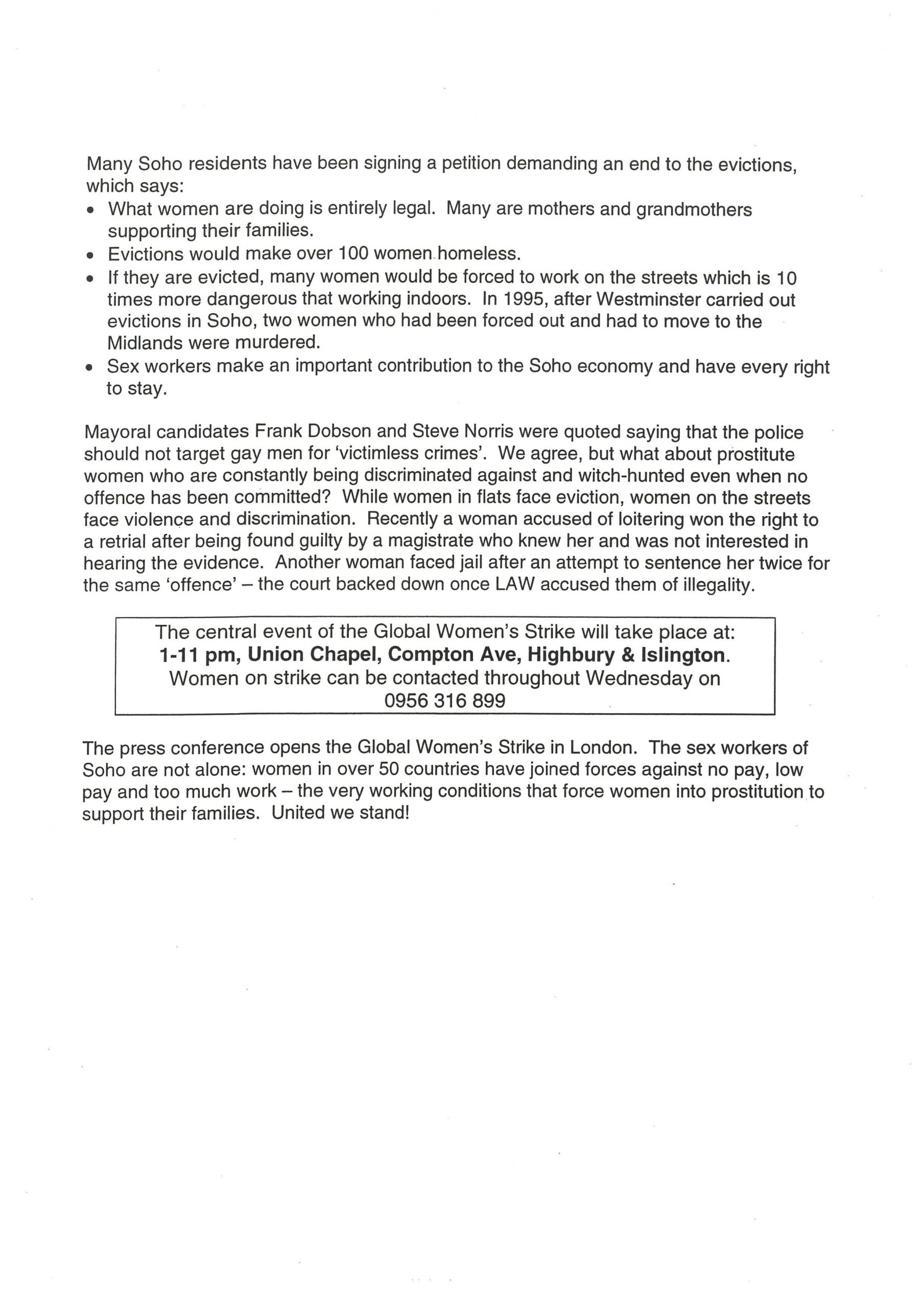 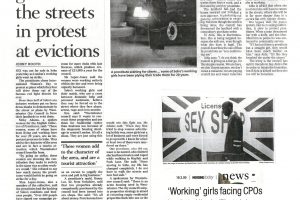 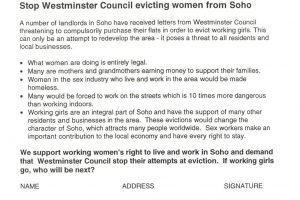 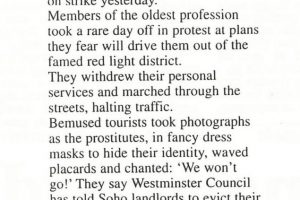 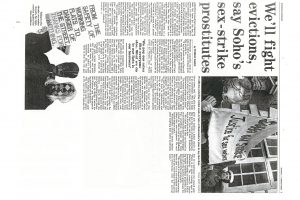 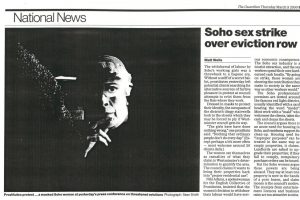 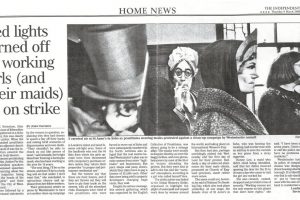 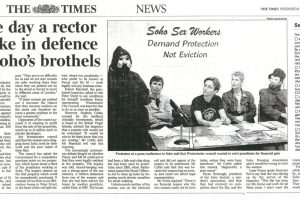 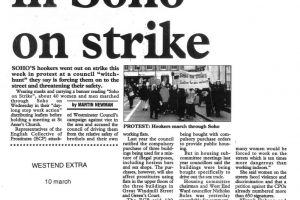 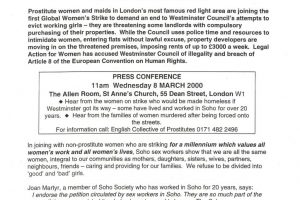 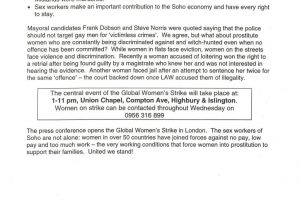