gal-dem: ‘We have been silenced’: meet the sex worker coalition fighting the cost of living crisis 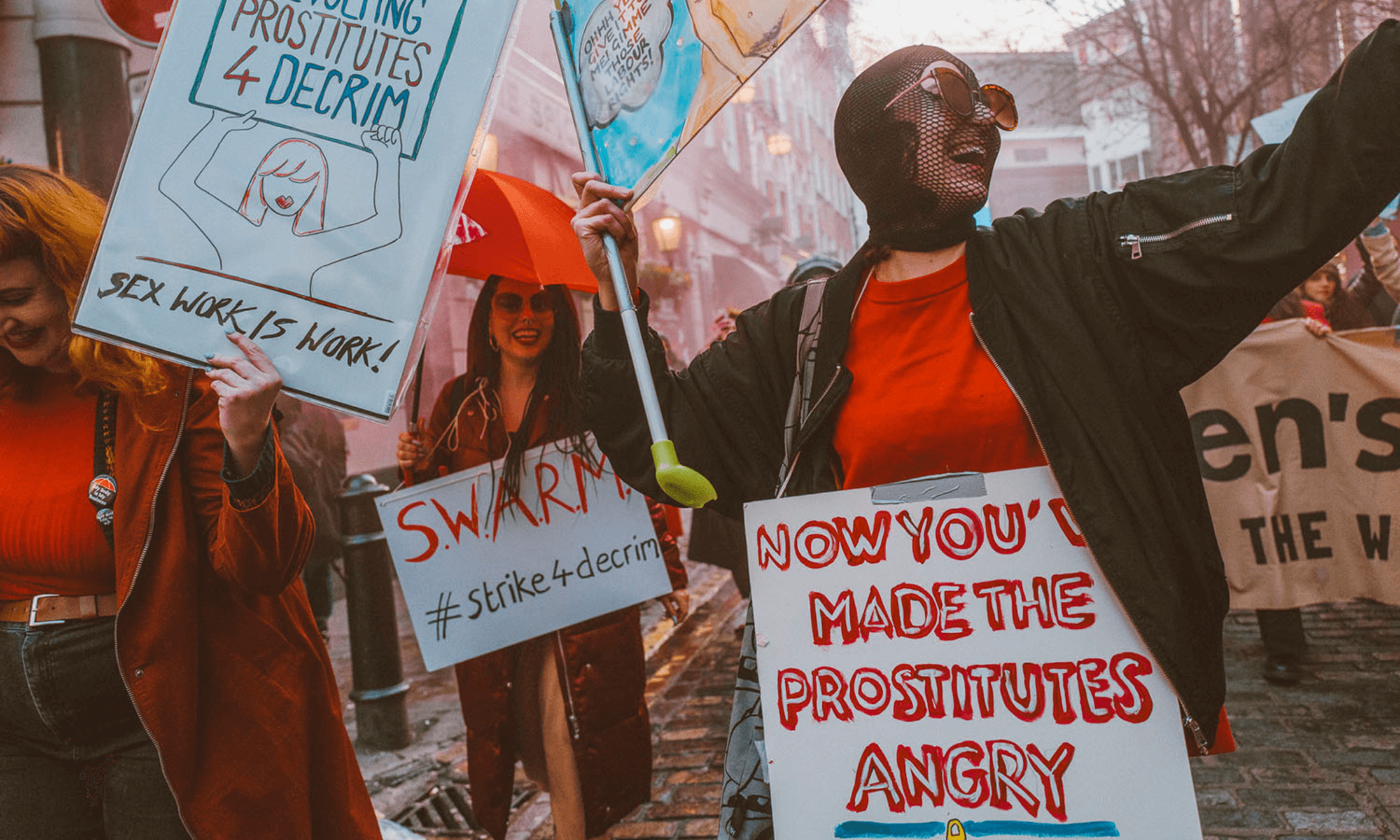 New sex worker-led campaign Hookers Against Hardship is calling for an end to stigmatisation and more government support in this crisis.

The cost of living crisis has hit millions of people hard, with latest reports indicating that 8 million in the UK are struggling to pay their bills, and food prices reaching the highest they’ve been in 40 years. Amid this dire economic climate, the experiences of sex workers have been largely overlooked – but a new campaign aims to change that.

The Hookers Against Hardship campaign comes from a coalition of sex worker collectives across the UK, demanding government action and public support to tackle poverty among sex workers during the current cost of living crisis. Made up of Britain’s major sex worker-led organisations – including SWARM, the English Collective of Prostitutes, Scot-pep, United Sex Workers, Bristol Sex Workers’ Collective and Decrim Now – the campaign draws attention to the ways sex workers are being affected by the crisis, and situates their demands within a wider campaign for the government to take meaningful action to tackle poverty.

“The client pool is shrinking and that is having an impact not only on the way we make our money, but also the conditions in which we are working to make that money,” says Audrey, one of the campaign organisers, speaking of the impact that the cost of living crisis is having.

As a committee member for United Sex Workers and a member of Bristol Sex Workers’ Collective, she’s noticed a worsening of conditions for sex workers. This is primarily because there’s less money to go around, so workers have decreased financial power that can impact their decisions and control over their work. The campaign also notes that more people are entering the industry because they’re facing financial hardship, which comes with risks that may not be obvious due to the stigmatised nature of the work. “[New workers] may not feel comfortable asking local services to find help and to situate themselves safely within sex work,” says Audrey.

The overall economic crisis has led to workers potentially being exposed to greater risks, such as being pressured into seeing clients they would usually be able to refuse, or going into environments and situations that may be unsafe or criminalised. And for trans, POC and migrant workers, there’s additional layers of risks including increased threat of violence and deportation. “When you have any increased financial strain, it is always going to have to push workers to work in more dangerous ways,” says Audrey. “It’s putting a lot of sex workers in a very precarious position.”

The cost of living crisis comes against an already perilous environment for sex workers. Not only are sex workers still recovering from the impact of Covid-19, but the political climate over the past year has become increasingly hostile towards sex workers in all different types of roles. Local councils across the UK have attempted to close down strip clubs, including in Bristol (where the motion was eventually voted down), and in Edinburgh, where workers are currently organising against a ban that was voted in in April. There’s also the Online Safety Bill, which campaigners say could prevent sex workers from having the independence to advertise their services online and could force them into more exploitative working conditions with clients.

Amid all of these issues, sex workers are so often denied the right to tell their own stories and dispell stigma around their work, says Audrey. “Within the media, you get one of two narratives. Either we’re all victims and we’re being talked about by groups who are not sex workers, or there’s the other narrative where there’s specific workers who have the resources and the time to speak to journalists producing the sensationalised story about earning over £80,000 per year on OnlyFans. The majority of sex workers are struggling.”

And in the current climate, where other workers can turn to unions for support, it’s more difficult for sex workers to organise in the same way. “The cost of living crisis and Covid-19 have definitely highlighted that it’s hard for a criminalised workforce to unionise and organise to get better protections and a rise to our pay,” says Audrey. “Sex workers have been so sidelined and silenced because of the nature of our work. There’s no one else to do this work.”

A priority for Hookers Against Hardship is calling for full decriminalisation of sex workers, and at the least, an amnesty on arrest of sex workers to reduce harm and prevent sex workers from being forced into risky and dangerous situations. “The main driver [of sex work] is not demand, it’s not supply; it’s poverty,” says Audrey. That’s why the campaign’s message is within the broader collective struggle against inequality, calling for measures that don’t only impact workers alone; including rent controls for the whole country, a moratorium on evictions and an end to benefit sanctions. “The cost of living crisis is making us unsafe,” says Audrey. “It’s time for the government to do something tangible and serious to address the levels of poverty in the UK.”

To support the Hookers Against Hardship campaign: