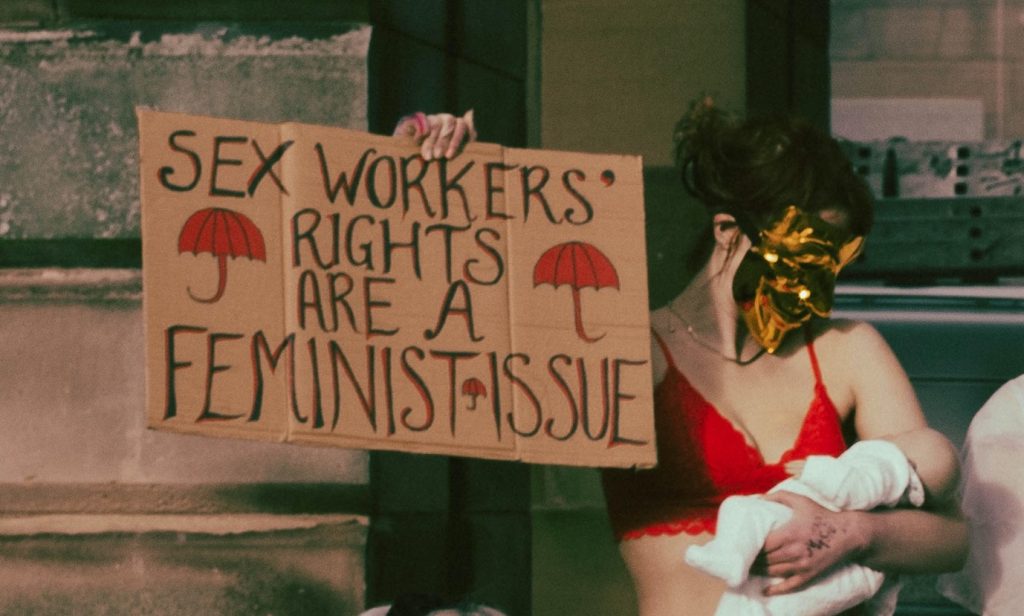 A coalition of major UK sex worker-led organisations has launched a campaign to raise awareness of the specific impact the cost of living crisis will have on sex workers’ lives and working conditions. The campaign, ‘Hookers Against Hardship’, demands specific action from the government and support from the public to address the rising precarity and poverty amongst sex workers in the wake of the crisis.

Right now the UK is facing a spiralling cost of living crisis, with many people struggling to afford food, rent, or energy.

This means that more people, especially women, will be pushed into sex work; and current sex workers will be facing worse financial hardship.

Many people in other industries are organising for pay rises to help combat the rises in the cost of living; but this isn’t possible for sex workers. Most sex workers are self employed, or employed in a criminalised workplace. This makes sex workers especially vulnerable with a lack of recourse to both workers’ rights and state or employer support.

As the cost of living goes up, sex workers can be pushed to take more risks at work in order to keep afloat.

The government must do more to support for people in poverty, and to prevent people from having to go into sex work in the first place.

Sex workers need the full decriminalisation of sex work, which will allow people to access support and safety while earning the money they need in order to survive. Under prostitution laws, hundreds of sex workers a year are prosecuted or threatened with prosecution just for working to support themselves. Women of colour, migrant and trans women are particularly penalised.

Hookers Against Hardship is asking the public to share their campaign with family and friends to raise awareness of how the cost of living crisis specifically impacts sex workers; email their MP to ask them to support its demands: rent controls for the whole of the UK; a moratorium on evictions; amnesty from arrest for sex workers; access to benefits for all, at a living wage; an end to benefit sanctions.

People are also asked to donate, if they are able, to sex worker-led organisations so that sex workers in crisis can continue to be supported.

“I’m going to have to go back to work soon, eight weeks after giving birth to my baby. I’d like to keep not working for longer, but I can’t manage – the maternity allowance you get from the government isn’t enough to cover my bills right now.” Angelica, stripper and online sex worker

“I wanted to take time away after being assaulted at my last booking but I don’t feel able to. It’s been quieter, and rising bills are constantly in the back of my mind, so I don’t feel like I can say no to any work that comes my way.” Scarlett, in-person sex worker

“I became a sex worker because it was the only job that suited my life. I have a disabled child and it’s difficult with all the hospital appointments and looking after her. I needed to work, and earn a set amount of money when a bill comes in and come home. … I’ve been disqualified from jobs purely on the grounds that I’ve been charged with prostitution. Once you’ve got that record, it’s there for life. All they’re doing now, by keeping it criminalised, is keeping women out on the streets, you are taking from them the choice to leave.” Rachel, in-person sex worker

The Hookers Against Hardship campaign is a coalition of the major sex worker-led organisations in the UK, including SWARM; the English Collective of Prostitutes; Scot-pep; United Sex Workers; Bristol Sex Workers’ Collective; and Decrim Now.

Campaign – Hookers Against Hardship gal-dem: ‘We have been silenced’: meet the sex worker coalition fighting the cost of living crisis