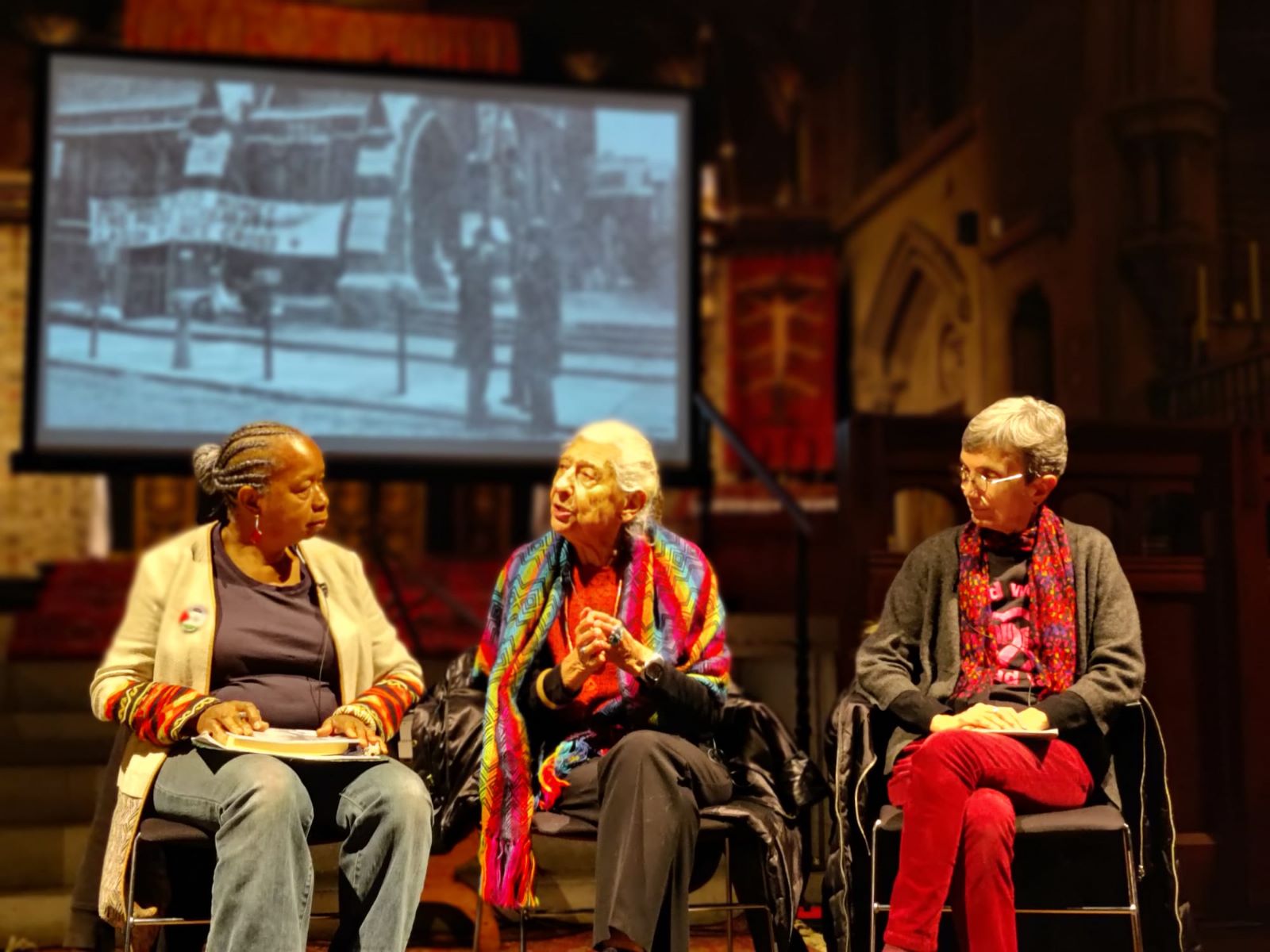 THE sex workers and their supporters came into the church in small groups – and when the service came to an end the new arrivals on the pews proclaimed they were not going anywhere.

This week marks the 40th anniversary of a historic occupation at Holy Cross church by protesters highlighting police harassment, intimidation and wrongful arrests.

Those involved recalled the sit-in that brought the lives of workers in the King’s Cross sex trade harshly into the public sphere.

A reunion on Friday night – as part of the Bloomsbury Festival – included members of demo organisers the English Collective of Prostitutes, church figures and supporters including the now-retired PC Christopher Foster.

Speaking at the meeting, activist Selma James said: “We had set up the Women’s Centre in a squat around the corner in 1979. We were in the red light district and the English Collective of Prostitutes was based at the centre.” 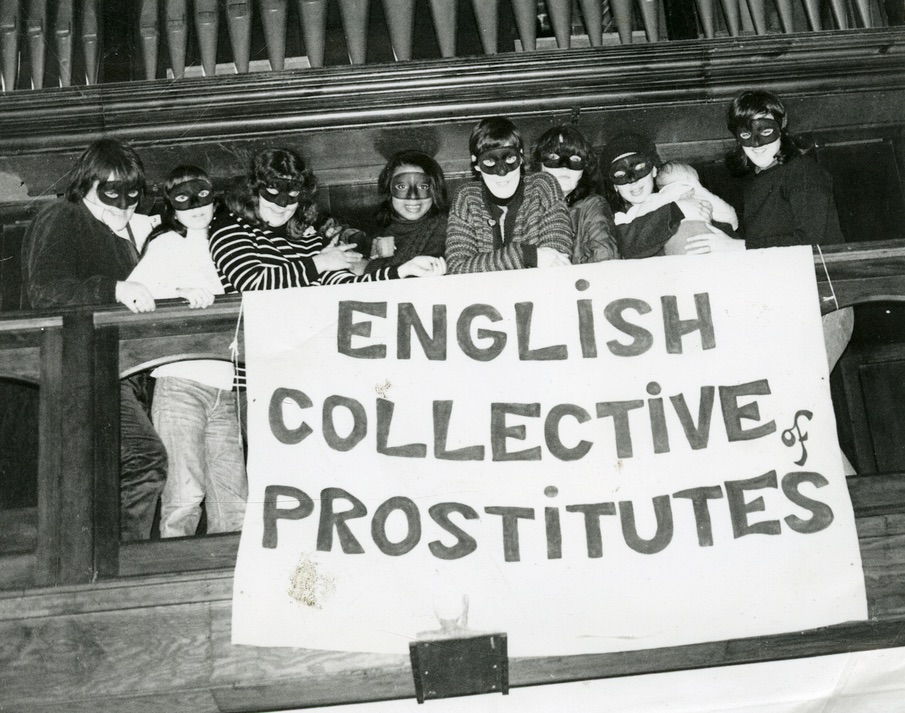 It was November 17 1982 when a group of women quietly entered in twos and threes towards the end of a service. When the hymns and lesson was complete, 15 women and two children with sleeping bags said they were taking the church over.

The centre established a legal service for sex workers and sought ways to highlight the issues they faced.

Ms James said: “In 1975, sex workers in France had started an occupation of churches to protest against violence. There had been murders and the police were doing nothing about it. Instead they were arresting women and taking their children into care.”

She added: “The ECP made contact with the French sex workers and all hell broke loose.”

This action kickstarted the modern sex workers movement. The sit-in saw 40 women involved and it attracted help from people working in other red light districts, including Soho.

Ms James said: “We were facing increasing levels of police harassment and we said we were staying until we had guarantees about their future behaviour.”

Within a day, TV and newspaper reporters were camped out. Thames News called it “a bizarre protest started by masked prostitutes” and, as the issue grew, support came from afar.

Ms James recalled: “Two lovely men from Gays The Word came down with lots of soup. I remember thinking they hadn’t washed the carrots well, and there was grit at the bottom of the saucepans. But it tasted delicious and was extremely welcome.” 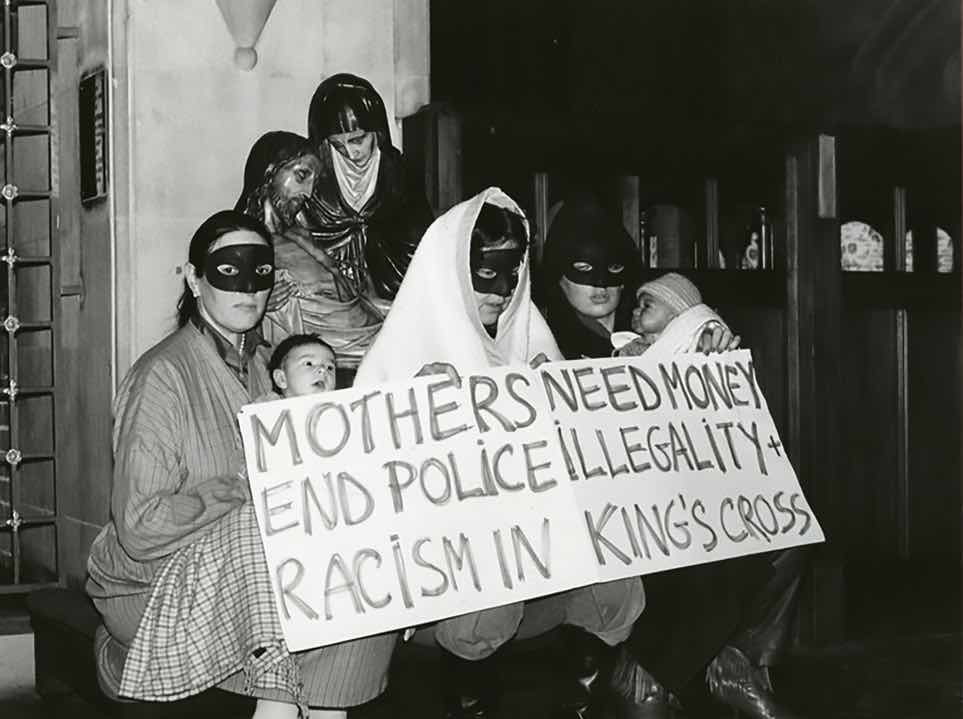 Former parish priest Father Peter Wheatley had recently left Holy Cross for a new church in Kilburn – but had been contacted by protesters he knew.

He recalled: “The Women’s Centre had always made me feel very welcome. This was a group of compassionate, intelligent women who I greatly admired.”

Around the time, Father Peter had a refugee who had fled South Africa’s Apartheid regime staying with him – and because the man was a figure in the ANC, South African government agents tailed him around King’s Cross – taking them through streets where sex workers could be found.

He said: “The police did not always know who the South African secret service agents were. They would hang around Argyle Square trying to get photographs of the man in exile. “The police wondered why these men were loitering.

“I could recognise them – the South African agents had such bad taste in blue suits and brown shoes. The police were inadvertently helpful in moving them on, as they moved on the women.”

He came to offer his support at the sit in, adding: “They asked if I could come down from my new church – to put the heating on.”