I’m going to use the term woman/women in prostitution even if it is a bit clunky, since it is hopefully tolerable to both sides of the debate. I have never sold sex, so I cannot speak to the experiences of women that have. I hope that what comes through is a genuine desire for the proper treatment of the data, with a view to providing good evidence for what will put an end to the violence that women in prostitution face.

Considered separately, accounting for duration and population makes intuitive sense. If we find that company A sells 150,000 cars over 3 years but company B sells 75,000 cars over 1 year then we would compare the sales of the two companies in “cars sold per year”, i.e. number of cars sold divided by the duration in years. In the same way, we would consider the population of a countries when comparing the number of deaths due to some disease.

Quite often the number of women murdered in prostitution is presented without considering time or population (of women in prostitution) and these numbers are used to make inferences about the effectiveness of different legal frameworks to keep women safe. Consider the map below from the Nordic model Now website: 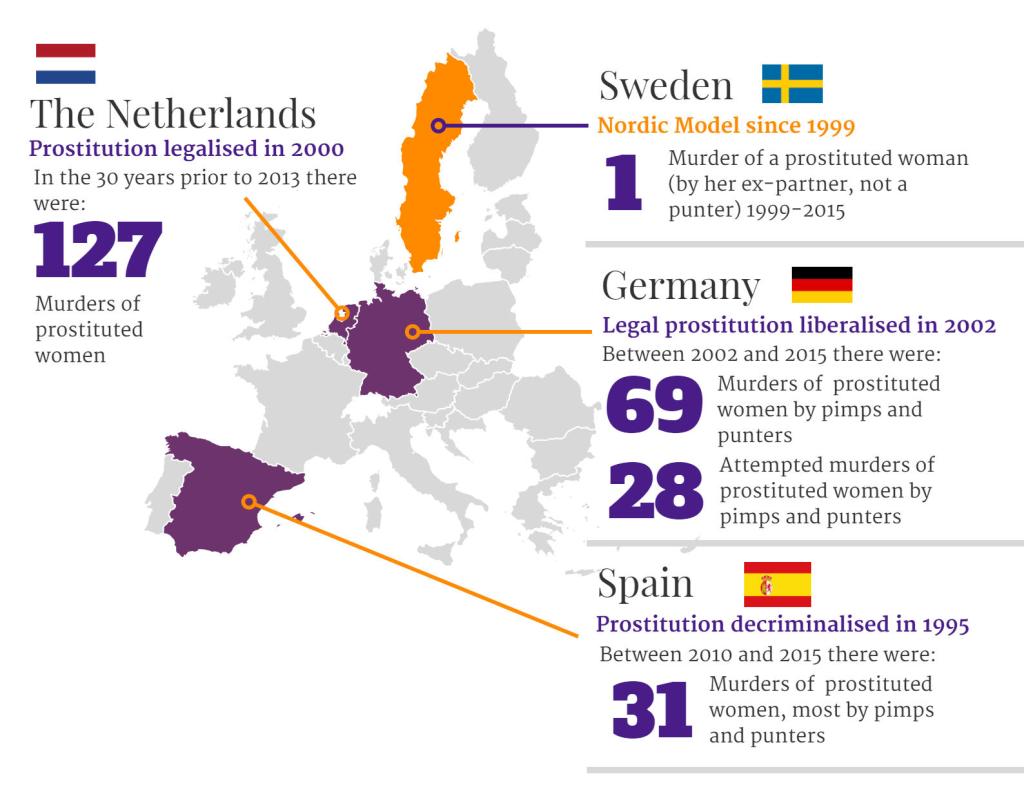 Has the rate of sexual assault really increased in New Zealand since 2003? Bulletin 5: May – September 2017