Action Alert: Please respond to the Home Office consultation on Violence Against Women and Girls 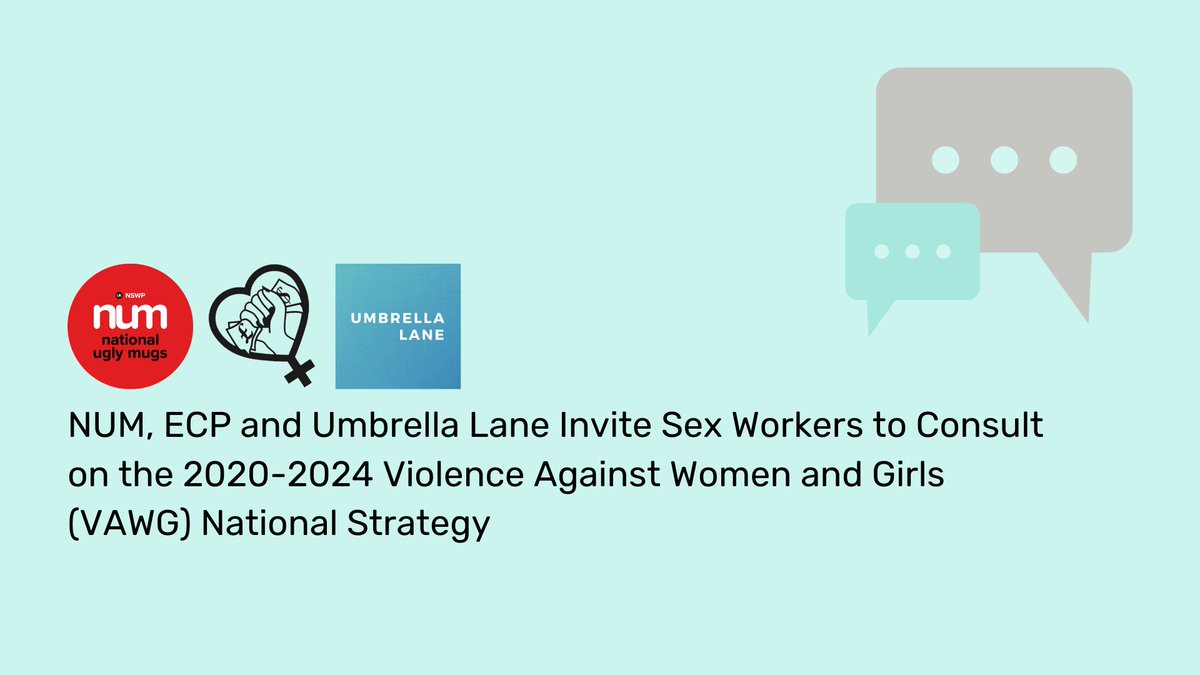 The Home Office is doing a consultation on Violence Against Women and Girls (VAWG).

Thank you to everyone who responded to the survey we did with National Ugly Mugs and Umbrella Lane to gather sex workers’ experience of violence to feed into the Home Office consultation.

Our survey has now closed BUT… if you haven’t already, please fill in the Home Office VAWG survey directly.

Prostitution and pornography aren’t mentioned but many existing local authority VAWG strategies list prostitution as a form of violence against women on an equal par with rape, domestic abuse, stalking, harassment, etc..

Please use the places in the consultation where you are asked for your comments to specify that prostitution must not be included as a form of violence.

Including prostitution as a form of violence is problematic because:

Please note, in general the consultation questions are biased and deliberately narrow. There is no acknowledgement of the fact that rape has effectively been decriminalized in the UK. Women Against Rape, points to the appalling 1.5% prosecution rate for reported rapes and comments:

“If the government was serious about addressing violence against women and girls it would make sure the police and courts – both criminal and family – prioritize victims; it would increase benefits and provide resources so that women could escape violence and protect themselves and their children and extend those resources to all women, including immigrants and asylum seekers excluded by the ‘no recourse to public funds’ rule.”

So please fill in the survey using every opportunity where you are asked to comment to make your views on these issues known.