Received from ASLEF supported by GMB

Congress notes that austerity measures since 2010 have led to an increase in the number of people working in the sex industry and is concerned by examples such as Doncaster, where on-street prostitution has risen by 60 per cent, an increase primarily attributed to the impact of benefit sanctions.

Congress regrets that current UK legislation forces sex workers to work alone, leaving workers vulnerable to crime and the threat of losing access to their families.

Congress believes sex workers should have the same rights as those in other industries.

Congress acknowledges the 2016 Home Affairs Select Committee report which recommended that sex work in the UK should be decriminalised and Amnesty International’s decision to adopt the same policy.

Congress further supports the New Zealand model of full de-criminalisation which would give sex workers protections as workers in law. 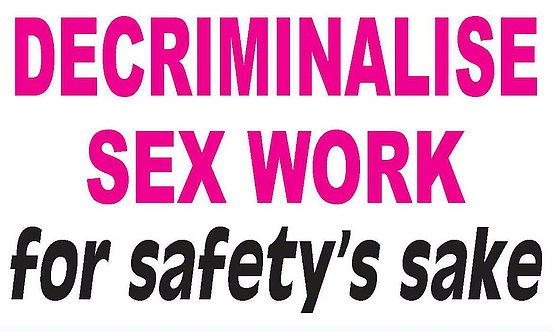 Sex work is on the increase because of austerity – a 60% increase in street prostitution in Doncaster is reported to be primarily due to benefit sanctions (The Star, 19 March 2014).

Sex workers are forced to work in isolation by the law and are therefore at greater risk of attack. Brothel-keeping law makes it illegal for two or more sex workers to work together. Arranging work for other people is criminalised as “controlling for gain” regardless of whether people are working of their own free will and not coerced (Appeal Court Regina vs Massey, 2007).

Swedish law which criminalises the buying of sex “negatively impacts sex workers” (Global Commission on HIV and the Law, 2012). It means sex workers face increased stigma and are more vulnerable to violence (Jakobsson & Levy, 2014) and there is no evidence of a reduction in prostitution (Levy 2011).

BBC Victoria Derbyshire: Violence against sex workers: ‘He was there to kill me’ Independent: Trade union leaders to vote on decriminalising prostitution at TUC conference