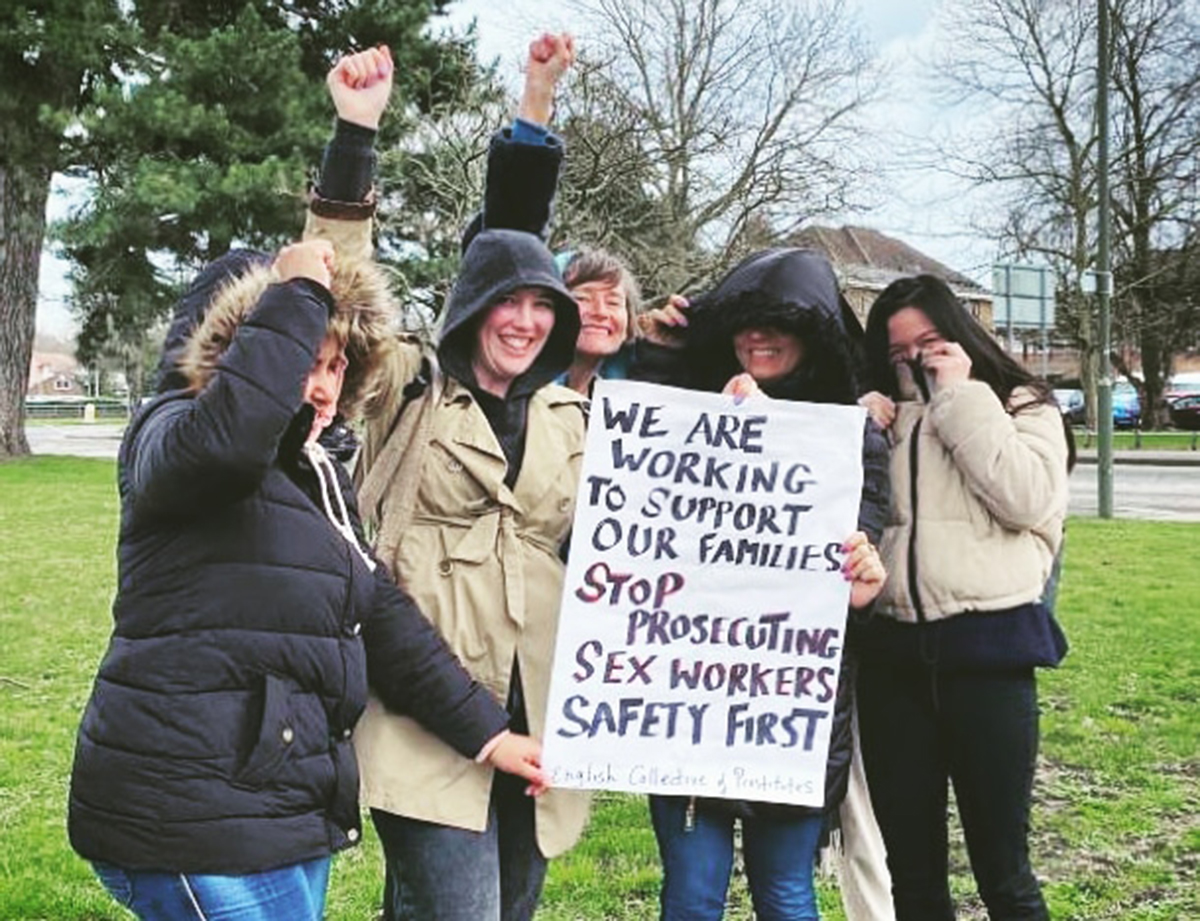 The Crown Prosecution Service has dropped its charges against two migrant women who faced conviction for letting each other use their shared flat to do sex work.

Ms O and Ms R – who EachOther has chosen not to name – are friends and have worked out of a flat they rent together in Surrey for safety, according to campaign group the English Collective of Prostitutes (ECP).

The women, who are both from Brazil and aged 33 and 36, each faced a charge of “a tenant permitting premises to be used as a brothel”.

The prosecution told Staines Magistrates Court on Wednesday (8 January) that the Crown wished for all charges to be withdrawn without stating why.

The charges were brought after police raided their flat in September 2019, confiscating around £1,000 in cash, as well as mobile phones and their passports. The women believe the police were tipped off by a vindictive client who tried to extort them.

The prosecution had offered the women police cautions – admitting guilt.

This would have meant that their money would not be returned and it could have implications on future applications for settled status in the UK, and for certain jobs where detailed backgrounds checks are required.

Before the hearing took place, Ms O wept outside the courtroom.

“I feel so depressed,” the mum-of-two told EachOther. “I do this work because the money is better for helping my family.”

She spoke of how she had been doing sex work for five years, without coercion, and has faced few problems.

Standing the courtroom, Ms O clasped her head in disbelief as the magistrate, Gilly Crichton, said all charges had been dropped against her. Supporters in the public gallery cheered.

Ahead of the hearing, the ECP, which advocates for sex work decriminalisation, called on its supporters to join them in submitting letters to the CPS asking it to drop its charges against the women.

“Ms O and Ms R are friends and neither was forcing the other to work,” the letter reads, “What is the public interest in these two women being prosecuted?”

On the result, ECP spokeswoman Niki Adams that said she is “absolutely delighted” but the charges “should never have been brought in the first place”.

She said: “We think it is as a result of the campaign but also the bravery of the women to stand up to these charges when they were really genuinely terrified about the implications of being criminalised like this.

“It has been really traumatic for them – not only the drama of the police raid but also the torture of the court action and the possibility of a criminal record, which will have lifelong implications.”

Speaking afterwards, defence solicitor Nigel Richardson said: “It was a ridiculous prosecution in the first place. The police were just trying to find something with which to charge [both women].

“By prosecuting like this, it just deters women from working together in safe conditions – making it more difficult and dangerous.”

Sex work is partially criminalised in the UK.

It is not illegal to sell sex but organisational aspects of sex work – such as soliciting in a street or public place, or working collectively in a brothel – are punishable offences.

Organisations including Amnesty International, the World Health Organisation, UNAIDS, and the Royal College of Nursing have called for sex work to be fully decriminalised. They argue that criminalisation undermines the rights and safety of sex workers by pushing it underground.

National Policing Sex Work guidance states that “simple enforcement does not produce sustainable outcomes and can actually increase the vulnerability of sex workers to violent attack”.

It adds: “Brothel closures and ‘raids’ create a mistrust of all external agencies including outreach services. It is difficult to rebuild trust and ultimately reduces the amount of intelligence submitted to the police and puts sex workers at greater risk.”

Last year, EachOther commissioned a poll which revealed that more people in the UK support sex work law reform than those who oppose it.

The ECP has produced a guide for sex workers to know their rights. Read it here.