Left Foot Forward: Sex workers must be allowed to report crime without fear of arrest

It’s a key part of reducing violence against women. 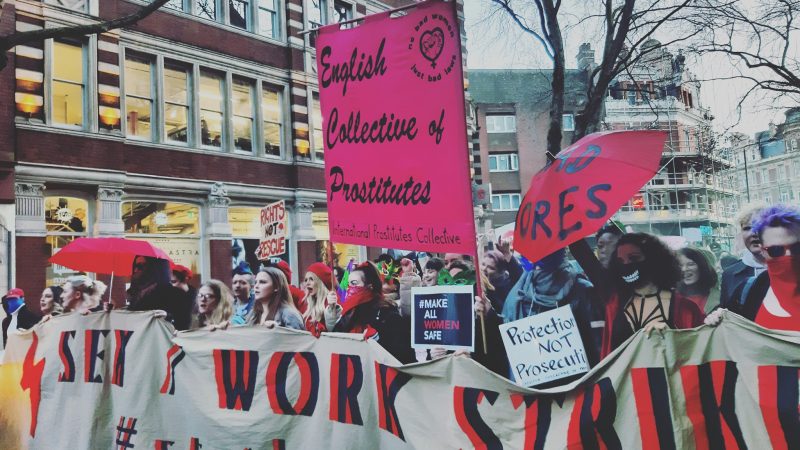 Police violence those at Sarah Everard’s vigil shocked the nation, but many women working in the sex industry won’t be surprised at all.

Camilla*, a Brazilian sex worker in central London, started working in the industry after experiencing bullying at school, prejudice at work, and rejection from family members.

“With no options, I started to work as an escort on the streets, facing violence, drugs, and insults,” Camilla said. “Sex workers don’t just work for the money or for fun, as the police and government think. We work to support our families and to create better opportunities for ourselves.”

While working, Camilla often faces violence from clients. “Clients start to be aggressive during or after having sex. A few times, guys have forced me to have sex without a condom. One time, a man asked for his money back and told me he would call for the police if I didn’t give it to him. I have felt especially unsafe when the client is addicted to drugs or alcohol, because they easily become aggressive with me.”

Like Camilla, many sex workers face violence taking a variety of forms – harassment, robbery, physical assault, rape, and even murder. Globally, between 45 and 75% of sex workers have experienced violence in the workplace.

While it is safer to work in indoors with others, this is illegal in most of the UK. “The criminalisation of sex workers forces them to choose between working together for safety and facing prosecution or working on their own and facing increased danger of violence,” Laura Watson of the English Collective of Prostitutes explained. “We don’t think any sex worker should have to make that choice.”

Despite the National Police Chief’s Council’s encouragement for “sex workers who have been victims of crime to come forward and report to us”, sex workers fear the repercussions of reporting.

When Camilla faced one “traumatic” and “painful” incident, she was afraid to report it to the police. “Most sex workers are afraid to report crimes such as violence, pimping, and robberies, because they are fearful of being deported, ignored, fined, or evicted,” she stated.

Watson described the most common response she has heard when members of their collective report crime to the police: “Are you telling me you’re a prostitute? Because if you are, we are going to have to arrest you.” Another frequent retort from police has been, “It’s part of your job. What are you complaining about?”

To promote reporting, the English Collective of Prostitutes have initiated a campaign calling for amnesty from arrest for sex workers who report violence. The idea is modelled on a sex-worker led campaign in San Francisco that won the policy Prioritizing Safety for Sex Workers, which inspired California legislation to create an Assembly Bill (AB 2243) to protect sex workers from prosecution when reporting a violent crime.

Amnesty from arrest would “mean that people who were afraid of reporting violence for fear of arrest for prostitution offences, would no longer be afraid,” Watson said.

Plaid Cymru MP Liz Saville Roberts, who has a history of supporting sex worker rights, commented on a recent Access to Justice webinar that she hopes there can be cross-party working for sex worker’s rights and that she supported amnesty from arrest for sex workers reporting violence.

“I would feel much safer to know that the police and government are not against us,” Camilla said. “And to know that they are there to help and support us as human beings who want to be safe.”

Ultimately, sex workers would feel safest if their work were decriminalised – they feel they could work without threat of criminal sanctions, work together, and form trade unions. Until that happens, amnesty from arrest is an immediate option that could protect and give justice to sex workers who have experienced violence.

*Camilla’s name has been changed to protect her identity

iai: Video – The Limits of Sexuality Action Alert: Please respond to survey re Violence Against Women and Girls