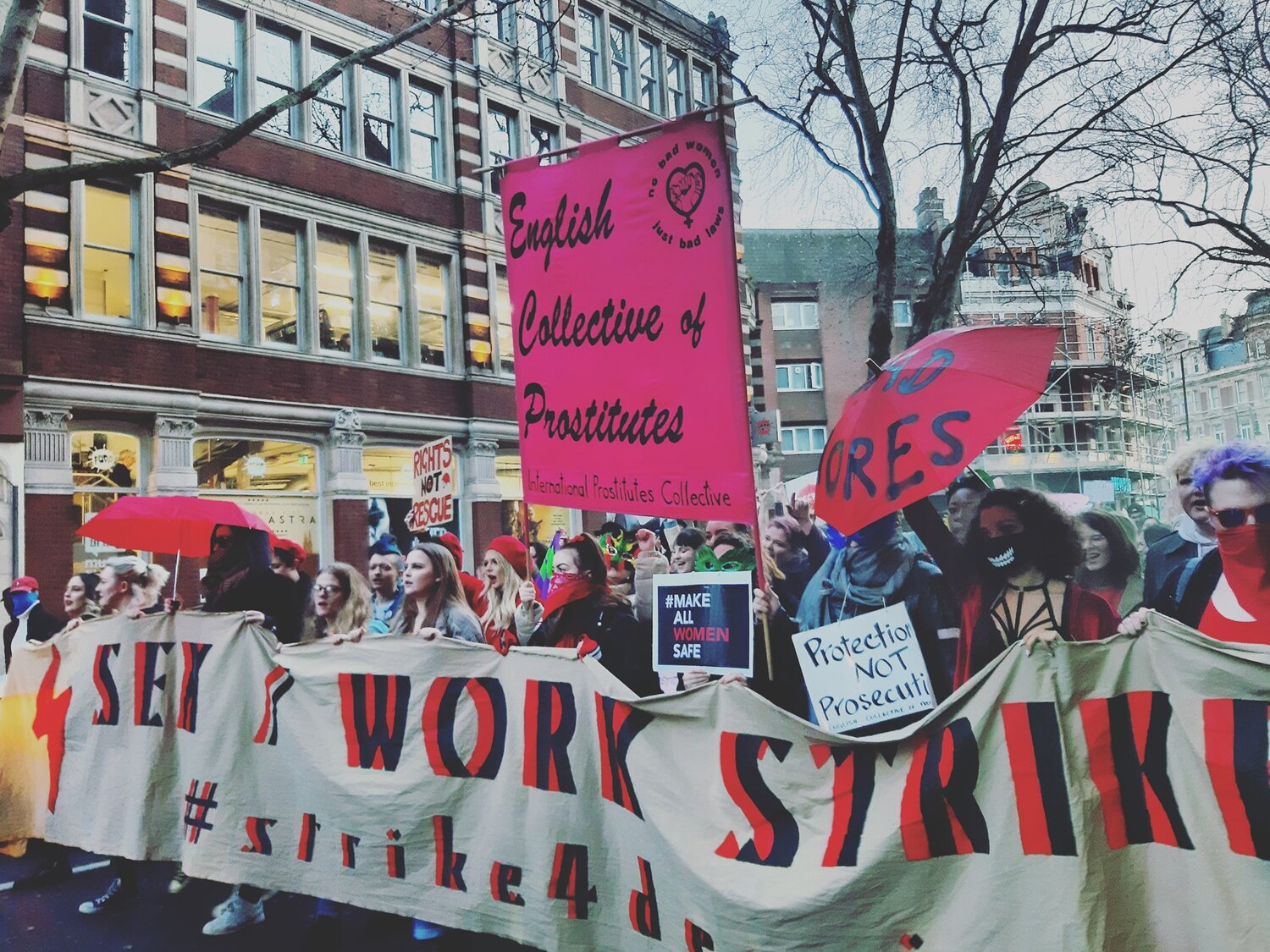 In our new normal, staying at least a metre away from other people is mandatory pretty much everywhere you go.

But for the UK’s 70,000 sex workers, following these rules could mean going hungry or homeless. Sex workers in the UK have largely been shut out from government schemes to protect those unable to work due to the pandemic.

Many cannot access the government’s financial support schemes as they are not officially registered as self-employed.

Charlotte Rose, a sex worker talking to BBC, suggested many sex workers were not registered due to the stigma of registering as a sex worker.

An article published by The Lancet in May earlier this year also raised concerns that “stigma and criminalisation” prevent sex-workers from seeking or being eligible for  government-led social protection or economic initiatives.

Those who are not registered as self-employed, can apply for Universal Credit (the UK equivalent of Centrelink). After signing up for Universal Credit, it takes five weeks for the first payment to be transferred, leaving many without financial support for more than a month.

Once the payments come through they’re barely enough to live on, as a single person is granted just £94 (approximately $170AUD) a week.

Not all sex workers are able to access Universal Credit. Laura Watson, a spokesperson for The English Collective of Prostitutes, a sex workers’ network fighting for the legal protection of sex workers, says some of the women in their network don’t have access to the basics needed to apply for Universal Credit, such as a working mobile phone or a home address. Others are unable to claim Universal Credit due to their immigration status.

Watson says that “many women have been forced to continue working throughout the pandemic because there hasn’t been any alternative.” One sex worker talking to the BBC in May estimated that a third of escorts were still offering face-to-face services.

Inadequate government support has led some sex workers to switch to online sex work in a bid to continue working while keeping safe. But online sex work is wrought with new challenges and complications.

Laura Watson from The English Collective of Prositutes (ECP) explains that online sex work is “a lot more hours for less money” compared to meeting clients in person.

She says that many of the women in the ECP’s network are mothers, and it’s not always possible to work enough hours online to make a living when there are children at home.

Another challenge is the significant time and effort it takes for those new to online sex work to build up a following in the increasingly competitive market.

Chaturbate, a US-based livestreaming site, has reported a 75% rise in the number of sex workers signing up since the start of the pandemic.

There are also safety risks, as users’ privacy is not always protected and their videos could be stolen. Back in February 1.5TB of content-makers videos and images were leaked from OnlyFans. 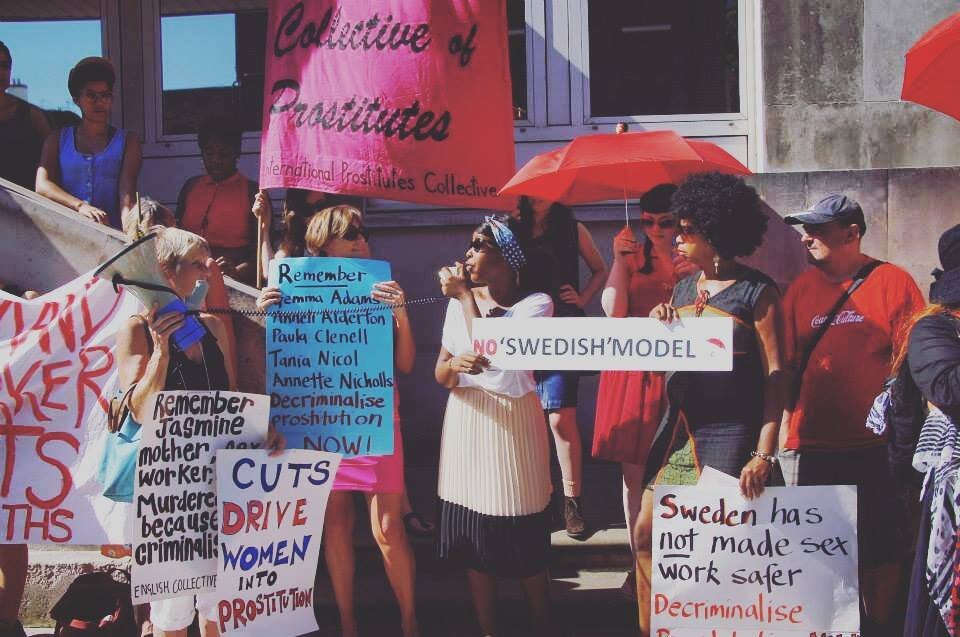 The English Collective of Prostitutes (ECP) have been working hard to support women falling through the substantial cracks in the UK welfare system.

The organisation has been assisting sex workers in accessing food parcels, hardship funds or temporary accommodation during the pandemic. “Things are really stretched, we’ve been trying our best to find whatever we can,” says Watson.

As well as addressing sex workers’ immediate needs during the pandemic, the ECP has called for support, not criminalisation, during the pandemic. Although exchanging money for sex is not illegal in the UK, other closely related activities are considered a criminal offence, including kerb crawling and owning or managing a brothel.

Since the start of the pandemic the ECP has demanded an immediate moratorium on raids, arrests and prosecutions, as well as accessible financial support and the introduction of a care income.

Campaigning for the decriminalisation of sex work has been on the ECP’s agenda since the organisation’s inception in 1975. The ECP’s #MakeAllWomenSafe campaign highlights the increased danger sex workers working alone face and calls for a change in the law to allow women to work together for the own safety.

This issue has become more pressing, as Laura Watson says that during the pandemic, an alleged crackdown on prostitutes working together means women are often forced to work alone, putting them at an increased risk of violence from clients.

Watson explains that one of the biggest obstacles to decriminalisation in the UK are the campaigns by female politicians and women’s groups who campaign to make sex work illegal through the criminalisation of clients.

Watson says it’s “confusing” for the public to hear from other women that sex work should be criminalised. She explains that these campaigns are usually based on a “moral judgement” of sex work as a “representative of part of the fundamental inequality between men and women” without taking into account the wealth disparities between men and women that can often be a cause of prostitution.

Watson explains that as well as campaigning to make sex work safer, the ECP also works to prevent women who don’t want to work in the industry from falling into prostiution by campaigning for “higher and better benefits” for mothers in particular, campaigning against women’s poverty and highlighting how government austerity has increased prostitution.

“We don’t glamourise the work, … but we are saying it is a job, it’s not fantastic but it is the best choice out of a bad set of choices for a lot of women – that’s the situation a lot of women are in.”

You can support the ECP’s work by signing their decriminalisation petition or making a donation to the organisation.