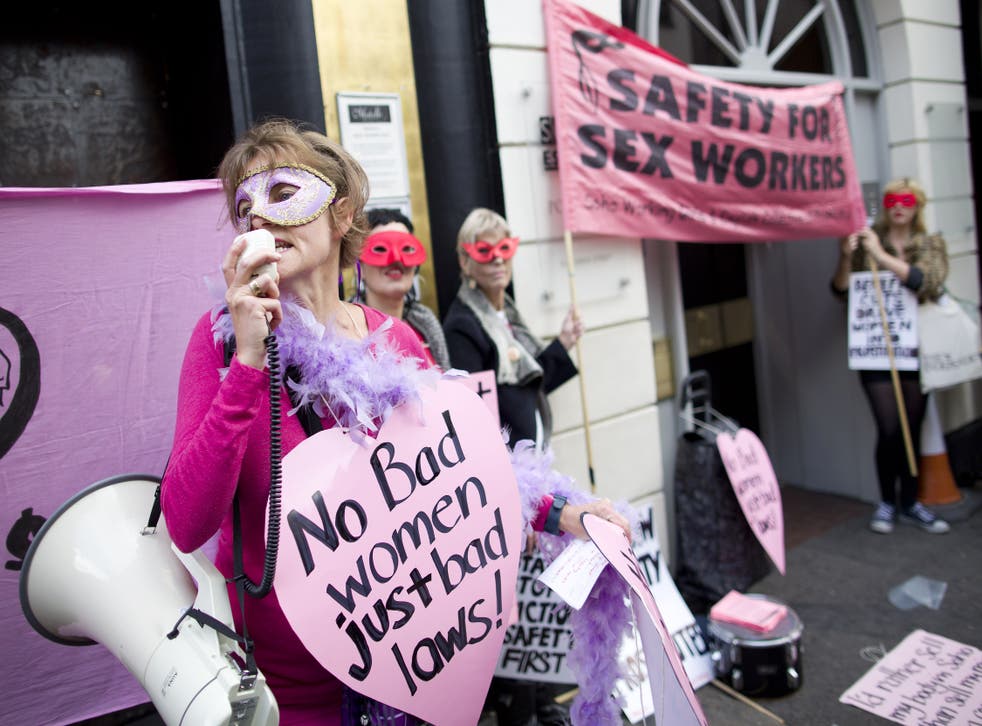 Ireland’s decision to criminalise prostitution is “facilitating” harassment of sex workers and violent attacks against them, a scathing new report has found.

Research carried out by Amnesty International warned legislation implemented in 2017 was driving sex workers to put their lives at risk in a desperate bid to dodge the police.

The leading human rights organisation accused authorities of misusing the law, which was billed as being created to stop human trafficking and exploitation of sex workers.

Ireland criminalised the buying of sex and substantially bolstered penalties dished out for brothel-keeping – which is defined as two or more sex workers operating from the same property.

Many sex workers choose to work together to keep safe from clients but those doing so in Ireland can be sentenced to a year in jail or hit with a €5,000 (£4,187) fine under the 2017 laws. The Irish government is presently reviewing the laws which are known as “the Nordic Model” after they were first introduced in Sweden.

The new research, based on interviews with sex workers, found most had been subjected to violence from clients while doing their jobs. But sex workers said they were too scared of the police to report attacks against them due to assuming the complaint would not be followed up – with them also voicing fears of experiencing “harassment or violence” from police officers.

“I see the Gardaí [Irish police] as a threat rather than as a shield,” one sex worker said.

While another added: “One night I was going down a cul de sac that was discreet, so I wasn’t going to be found by the Gardaí. They couldn’t drive by the spot we were in. But at the same time, I had no escape route if anything went wrong. And that was a very direct result of the Garda presence there targeting clients.”

While it is not illegal for individuals to buy or sell sex in the UK, soliciting, working on the street, sex workers banding together as a group and prostitutes advertising themselves is illegal.

Colm O’Gorman, Amnesty International Ireland’s executive director, said: “Laws intended to protect sex workers are putting them at higher risk of abuse and violence, including rape and physical attacks. This is what sex workers are telling us about the actual impact of the 2017 law, and the Irish government needs to start listening to them.

“Our research clearly shows that criminalising the purchase of sex is forcing sex workers to take more risks while penalising brothel-keeping is preventing sex workers from working together to ensure their own safety.”

Mr O’Gorman said the government’s review of the controversial law signified a critical chance to make sure sex workers are properly safeguarded.

“But if this is to happen, sex workers, themselves must be meaningfully consulted so that their lived experiences can inform the laws and policies that are meant to protect them,” he said.

An Irish sex worker said: “One-to-one, a woman with a man, we don’t stand a chance. We need another girl. She can hear what’s happening. But to be alone, it’s very dangerous”.

Another added: “It has to be 100 per cent decriminalised. When it’s not, I’m scared to report to cops or others. In every other business, if there are bad clients, if anything happens to you, you can call the police.”

Sex workers told Amnesty they feared reporting violence to the police due to concerns they could be left homeless if their landlord was alerted and they subsequently face eviction.

One migrant sex worker said: “The only time I would call the cops would be if I was dying on the floor. I’d personally rather be at risk with a client than with a police officer.”

Researchers at the charity warned the Irish government uses “outdated and flawed research that conflates human trafficking for sexual exploitation with sex work”. The World Health Organisation is firmly against laws that criminalise buying sex.

Niki Adams, a spokesperson for the English Collective of Prostitutes, told The Independent: “This research confirms our experience that police illegality, discrimination and abuse against sex workers is widespread and that the criminalisation of sex work, which forces women to work in isolation, undermines safety.

“It is compelling evidence that the law introduced recently that criminalised clients has put sex workers at greater risk of rape and other violence. It must be taken seriously by anyone who claims to care about violence against women, including trafficking, and put an end to proposals for a similar law in England and Wales.”

Ms Adams, whose leading campaign group supports the decriminalisation of prostitution, warned mechanisms to tackle trafficking must “target the poverty, wars and environmental devastation” that results in people being forced to flee their home countries. “And the hostile immigration environment that makes it impossible for most migrants to cross international borders unaided,” she added.

Research carried out by Amnesty International at the end of last year found one in seven people in Ireland thinks sex workers must be consulted about all laws which impact them. Almost three quarters said sex workers are entitled to choose how they use their bodies and conduct their lives.

Statistics from UglyMugs – an app where sex workers can confidentially report incidents of abuse and crime – state the number of such incidents being reported has greatly increased since Ireland banned the purchase of sexual services. They say crime against sex workers has increased 90 per cent, while violent crime specifically has increased 92 per cent.

The Independent previously reported increasing numbers of women are turning to sex work for the first time as the pandemic pushes them into “desperate poverty”.