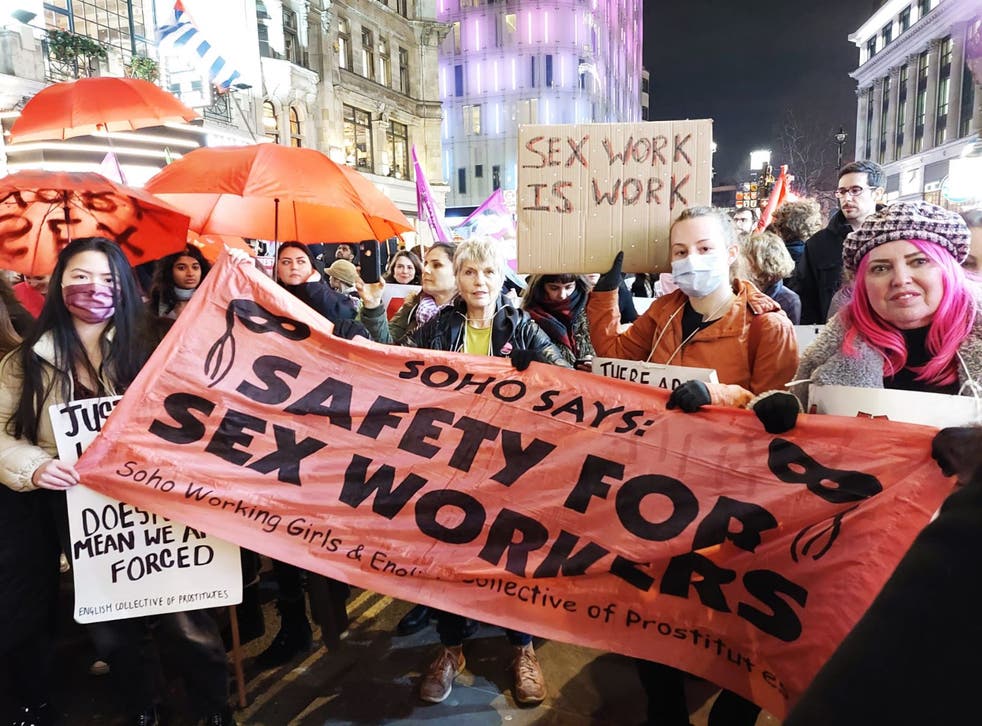 Spiralling living costs are endangering sex workers’ safety by forcing them to accept potentially dangerous male clients whose inquiries they would have previously rejected, campaigners have warned.

The English Collective of Prostitutes said hundreds of women had called its helpline for advice on the cost of living crisis since August but that was likely to be the “tip of the iceberg”, as many were afraid to seek help.

Sex workers told The Independent there are fewer clients due to people cutting back on costs, meaning they are being forced to say yes to both customers and sexual services they would have previously refused.

Niki Adams, a spokesperson for the English Collective of Prostitutes, which supports sex workers, said: “Hundreds of women [calling for help] is indicative of thousands of other women who don’t know where to go to get help. Many women won’t come forward to get help because they are worried about revealing their identity as a sex worker, so they suffer in silence.”

She noted that all of their callers are women, while around two-thirds are mothers, explaining there was a spike in callers at the end of August due to concerns about affording children’s school uniforms before the Autumn term began.

“Women are contacting us for information about starting sex work because they can’t afford the rising costs of energy, of food, of travel,” Ms Adams said. “Others are going back into sex work after decades doing other jobs because rising costs mean they can no longer make ends meet.”

The campaigner explained they were commonly hearing from sex workers forced to do a shift in a brothel, or venture out onto the street in order “to cover a particular bill”. 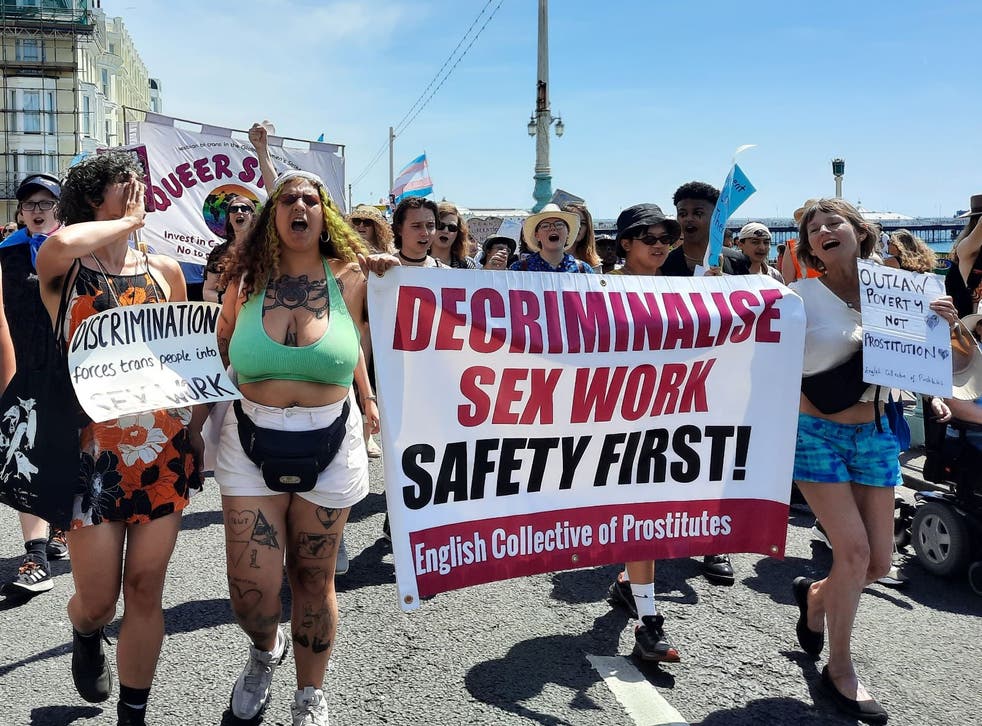 (Crossroads Women AV Collective)
Ms Adams said women were being forced to go with clients that they would have previously said no to or would have been screened out by brothel receptionists, which “has very worrying implications for their safety”.

The campaigner, whose organisation supports the decriminalisation of prostitution, noted many women were fearful of reporting violence and abuse to the police due to fears they will be arrested.

While it is not illegal for individuals to buy or sell sex in the UK, soliciting, working on the street, sex workers banding together as a group and prostitutes advertising themselves are illegal.

Ms Adams is part of a coalition of sex worker organisations called Hookers Against Hardship which is calling for a suspension of evictions, as well as an amnesty from arrest for sex workers to ensure women can report violence without fear.

Ella*, a 22-year-old sex worker who lives in Yorkshire where she juggles sex work with her job in the charity sector, told The Independent she was feeling “the pressure” of the cost of living crisis fuelled by a drop in clients.

“There were lots of first inquirers, way more than I could ever manage. But now there are weeks where it is so quiet, that I don’t know what I am going to do.

“People are trying to undercut rates more and being pr**** about it. Now, I’m saying yes to people I would have ordinarily said no to. I’m saying yes to acts I wouldn’t normally. The cost of living crisis is making me put myself at risk and do stuff I’m not comfortable with.”

Ella suffers from chronic fatigue and pain and said the cost of living crisis had forced her to work when she is ill.

“Previously if I was in a lot of pain and crying and on so many painkillers, I would cancel sex work jobs, but now with the cost of living crisis I am forced to do them.”

Alex, a 26-year-old sex worker, told The Independent the cost of living crisis had ruined plans to “retire” from sex work or take a break.

The clients can be quite manipulative and pressure you to do something in particular. They are getting cheekier, they feel like they can ask for more. I’m very clear what I do and don’t offer and now they are like: ‘Do you just do this?’ – Ella

“Like many sex workers I’ve had clients who are aware its the cost of living crisis and might have been cheekier than usual because they feel like they get away with more because it is more of a power imbalance than before,” Alex, who also works in the charity sector and has been doing sex work on and off for around a decade, said.

“Like all sex workers, I have had to think about the things I offer in the context of what is currently marketable when there is more limited business”.

Ms Adams explained sex workers who have returned to the industry after spending years doing other work described having to work much longer hours while also charging less.

Previously if I was in a lot of pain and crying and on so many painkillers, I would cancel sex work jobs, but now with the cost of living crisis I am forced to do them. – Ella

Ms Adams added: “Where she worked before, the receptionist was good and used to screen clients so anyone drunk or pushy wouldn’t be let in. But now women press for all clients to come in because they can’t afford to turn down work.”

Ms Adams said sex workers are not eligible for in-work benefits like other workers, and she warned the cost of living crisis “makes it more urgent than ever that the government decriminalise sex work”.

She asked: “Why should women be punished with a criminal record for their often heroic efforts to feed themselves and their loved ones? Then sex workers would be entitled to the rights available to other workers and could better organise to improve their working conditions and raise their wages. This needs to happen immediately as sex workers are in crisis.”