It’s 50 years since the Wages for Housework campaign was launched. Angela Cobbinah asks how far it has come 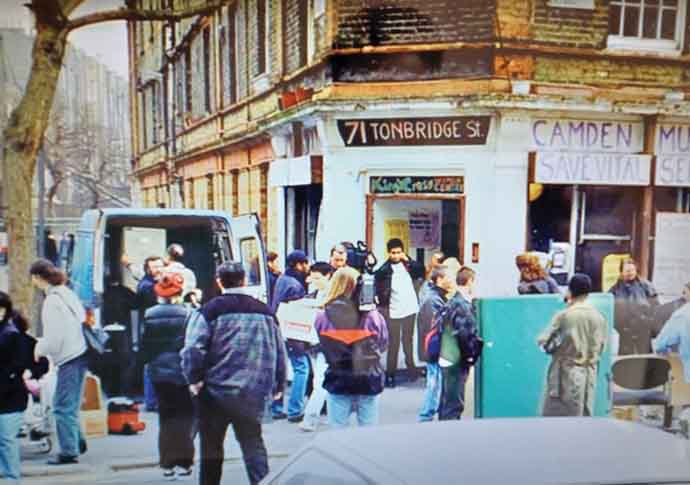 Women’s Centre premises in King’s Cross in the 1970s

IT is some time in the mid-1970s and a pensioner is stopped in a London street by a BBC camera crew and asked whether women should get paid to do housework. After laughing raucously several times during the exchange, she concedes that, yes, she should be getting back pay for all those “years of working for nothing”.

Her interlocutor, Selma James, was out on the streets to spread the word about the Wages for Housework campaign (WFH) that she’d founded a few years earlier. Its central message – that women should receive financial recognition for their work as carers – was derided at a time when women’s liberation meant getting a job, not staying at home. Nevertheless, it managed to hit a nerve, as the programme, All Work and No Pay, revealed in its conversations with other women.

Its membership swelled and Wages for Housework grew into an international organisation encompassing a network of several other women’s rights groups, each with their own objectives but united in the fight for a more humane society.

Fifty years on, Wages for Housework is now marking its golden jubilee with celebrations that began with the launch of its archive at the Bishopsgate Institute earlier this year. This catalogues a momentous journey that began in 1972 when Selma put forward the demand for wages for housework for the first time at the National Women’s Liberation conference in Manchester. After meeting up in people’s homes, campaigners moved into a squat near Euston station in 1975.

Selma, a former New York factory worker who had been involved in the anti-colonial movement alongside her husband CLR James, wanted an organisation that was both international and multiracial.

“My intention was to build an organisation in the women’s movement,” she said. “The left was not really happy with us and many feminists weren’t happy with us. They did not understand how multi-racialism worked as they had never been in a multi-racial organisation. The left had fixed ideas and the women didn’t have much autonomy among the men. We were going to be autonomous and have men within the organisation.” 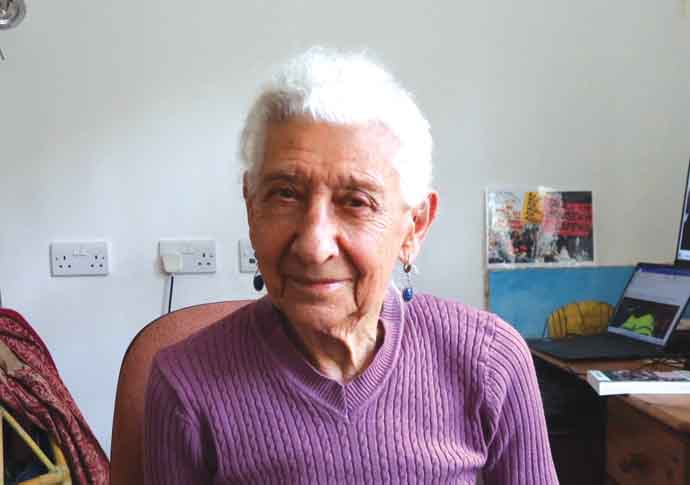 The squat at 129 Drummond Street became the first of its women’s centres, where women were encouraged to drop in and get involved, among them Bangladeshi housewives who lived nearby. A number of groups such as Women Against Rape and Legal Action for Women began to come under its wing, and meetings and marches were held as part of its widening grassroots activism.

After being evicted in 1977, it moved into another squat up the road, but it looked as if its stay there would be even more short-lived. Taking matters into their own hands, activists marched to Camden Town Hall armed with a petition of several thousand signatures demanding permanent accommodation.

To drive the message home they occupied the Members’ Room and one woman dramatically chained herself to the first-floor balcony. In a swift response, housing chair Ken Livingstone offered them a dilapidated former shop on the Hillview Estate in Tonbridge Street, King’s Cross.

This became its base for the next 18 years during which time it was able to consolidate its presence, holding its first major international conference at the Camden Centre in 1982.

In that same year, it hit the headlines when a group of masked women belonging to the English Collective of Prostitutes, one of the organisations operating under the WFH umbrella, occupied the nearby Holy Cross Church for 12 days in protest at the police harassment of sex workers in the red light district that lay at their doorstep.

When the council sold Hillview in 1994, WFH had to be on the move again, this time to Kentish Town Road. It centre was renamed Crossroads in honour of the women squatters of Crossroads township in South Africa.

Other campaigns flourished on its platform like disability pressure group Winvisible and the All African Women’s Group for asylum seekers.

In 2010, after a massive fund raising effort, it bought a former doll factory-turned-carpentry workshop in the mews behind it. From its splendidly refurbished premises, it has launched many initiatives, stepping up its international work via its Global Women Strike arm.

These days, it is as likely to be demonstrating outside Kentish Town Job Centre and fighting Camden school closures as it is working with the pro-democracy movement in Haiti and environmentalists in Uttar Pradesh.

So after a half century of dedicated campaigning, how much has been achieved? Selma, remarkably still going into the office three days a week at the grand age of 91, sees WFH’s biggest breakthrough as establishing the crucial work of women in caring for children and the community.

“We weren’t given any credit for it. We were never even visible in the struggle. Now we are visible and caring has begun to be respected as important work. We don’t think we should drop everything we care for to work in a fast-food restaurant or get a cleaning job. We don’t think that that is liberation.”

On the other hand, due to government austerity policies over the last 40 years, poverty is worse than ever, aggravated by the diminution of child benefit, the state’s limited financial acknowledgement of mothers. “The situation for women is dire [and] this is not a sign of victory,” she said, before adding,

“But we see a lot of signs that people know what time it is and are beginning to say ‘let’s stand up to them’.”

Marie Claire: Calls to a helpline for sex workers have gone up by a third since June Podcast: ReThink Freedom – Taking the trafficking out of sex work