A significant number of sex workers in the UK are also mothers, research suggests. So what is it like to sell sex while bringing up a child?

“I’m certainly not ashamed of what I’ve done,” Sherri, 42, from Essex says.

“And I’m quietly furious about the lack of recognition that myself and other women I know get.”

Sherri has been selling sex to men for the last two decades, as a stripper, in brothels and through escort agencies.

But this is a secret she keeps from her 12-year-old son.

Her double-life is carefully planned. She tells her son she is a theatre receptionist to explain her working hours and never stays late in case the babysitter becomes suspicious.

“I know a lot of people’s children turn against them when they find out,” she says. “It’s terrible to pay that kind of price.”

herri’s case is far from unique.

There are thought to be around 72,800 sex workers in the UK and the majority of them are women.

A significant number of those women are thought to be mothers, even as more women without dependents enter the industry, sociologist Prof Teela Sanders from the University of Leicester says.

The support group the English Collective of Prostitutes also maintains that “most sex workers are mothers” and has supported a new short film and social media campaign demanding decriminalisation of sex workers called Make Mum Safer.

The reason many decide to sell sex is simple – money.

Sherri, who supports the ECP, was 20 when she first started working in a brothel in London, having been “shocked” by the low wages in office work.

By the time she had her son, she was working as an escort, visiting men at their houses or hotels.

She acknowledges the dangers of the job, having twice been locked in by aggressive clients and knowing colleagues who have been assaulted.

But she says she now has a regular clientele and suggests other jobs, like being a fire fighter, are dangerous too. “You assess the danger compared to the wage, compared to your aptitude.”

Attacks on prostitutes however, are not a rare occurrence. An estimated 152 sex workers were murdered between 1990 and 2015 while more than 280 reports of rape have been made to the protection scheme National Ugly Mugs since 2012. Many more incidents are thought to go un-reported with sex workers fearing they may be prosecuted.

What is the law in the UK?

For Sherri the wage is important. She can afford to invite friends and their children round for dinner and have the “trimmings” at Christmas.

“On the one hand you’re doing this to support your kids, but on the other hand if anyone finds out they’ll treat you like a bad mother,” she says.

She has confided in a few “supportive” friends but remains terrified about her son’s teachers finding out and alerting social services. 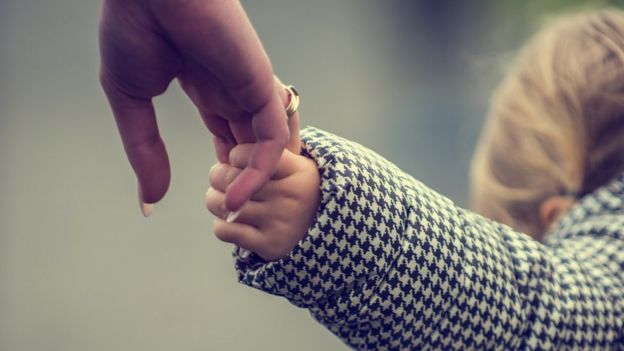 But her research suggests mothers tend to separate their work from their children, by having two phones and keeping clients away from the home.

Jenny is one of these women.

In more than 30 years of sex work in the north of England she has never brought a client to her home, where her severely disabled adult daughter lives.

Jenny, now in her 60s, entered prostitution when her daughter was 18 months old out of “desperation” for money.

Though she received benefits, she says it was only enough to pay for food and rent and not the £1,000-a-week cost of hiring a nurse.

She declines to say how much she earns meeting men on the streets and going back to their houses.

But she adds the work gave her flexibility as well as money.

“You can be called in to the school at any point if they have a fit or something… there isn’t much time for a so-called normal job.”

Though Jenny is “proud of having created a secure home environment” for her daughter, she says she would have liked to get another job, but it has not been possible because of her criminal records for loitering.

The Commons Home Affairs committee has urged the government to decriminalise sex work, claiming that criminal records prevent people like Jenny from leaving the industry.

Likewise the ECP hopes that politicians will see that sex workers need financial resources for their families and not criminalisation, and advocates measures like immediate cash payments for those trying to leave.

The Home Office says it is “committed to protecting those selling sex from harm” but will not consider amendments to existing legislation until it has conducted its own research report, due out in June.

Sherri is optimistic that laws and attitudes will change and plans to tell her son about her job when there is “less judgement” against sex workers.

“I hope he’ll be proud of me, that his mum managed on her own,” she says.

The women’s names have been changed to protect their identity.