The Telegraph: The truth about why single mums turn to sex work 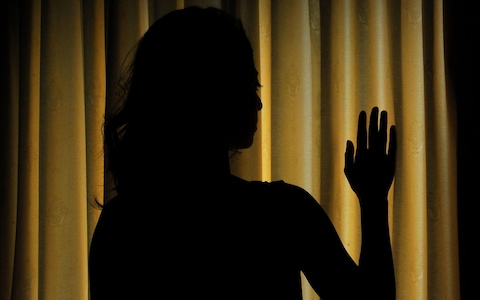 “I was a full time mum, and a part-time prostitute. But I was never a regular working girl. I went out one or two nights a month to get money to pay a bill, or for something that needed replacing in the house.”

Jenny* is in her mid-forties. She lives in the North of England, where she’s cared for her severely disabled daughter for the last three decades.

“I was married and my partner couldn’t handle a child with disabilities” she explains. “I had the option of putting her in full-time care or looking after her on my own. She was the choice I made.”

The Government benefits Jenny receives are just enough to “put food on the table” – but don’t cover the extra equipment that the round-the-clock home care of her daughter requires.

Jenny explains she can’t get a ‘normal’ job – she could never commit to set hours. So when those benefits come up short, she risks her safety and goes out to make the money she needs, as and when she can.

She can’t just ask a neighbour to watch her daughter, but has to pay a qualified nurse. Which sets her back a further £25 an hour. Indeed, because of her experience in caring for her daughter, Jenny would actually be qualified to take on other care work – if she didn’t have a criminal record, that is.

“Social services approached me and asked if I’d consider doing special respite for children with special needs” she explains. “And I’ve had to refuse that because if ever they employed me, they’d do an automatic police check because you’re working with vulnerable adults. Then they’d find out I’ve been arrested for prostitution and I’d end up losing my own daughter.”

Jenny tells me that the majority of women she works with are mothers. Indeed, if you type “single mums sex workers” into Google, the top two results are threads on social platforms Reddit and Netmums, where women are considering sex work as a way to support their family –  or discuss how they are already doing so.

The responses range from supportive to disgusted. Because even in our supposedly progressive society, we still find it impossible to have grown up conversations about sex work and vulnerable women. Nothing highlighted this quite like last year’s misplaced Amnesty International furore, when various influential celebrities totally missed the point about decriminalising prostitution.

Amnesty International began  a consultation to develop a policy to protect the human rights of sex workers.  “It was like lighting a touch paper. Journalists and celebrities climbed on the bandwagon” said the charity’s Policy Advisor Catherine Murphy at the time. “Ever-more sensational headlines condemned Amnesty International for advocating for “prostitution as a human right”.

The point they were trying to make? Not that prostitution was necessarily a human right. But that sex workers were humans. And humans have rights.

Under current UK laws, prostitution isn’t illegal but soliciting is. Women like Jenny, looking for work, are the ones who get criminalised. So what we need to debate is not whether sex work is ‘right’ or ‘wrong’, or who should be criminalised for partaking in it – but how to make it safe for women who do turn to it. And we need to do this now, while austerity cuts are hitting women the hardest.

A powerful short film, launched in Parliament this week, hopes to reignite the debate by asking us to reconsider our preconceptions around sex workers. Make Mum Safer asks us not only to remember that sex workers are human, but that more often than not, they’re also mothers.

Directed by Meriem Adib, the film was released alongside a symposium report from the English Collective of Prostitutes, who have campaigned tirelessly for the last 30 years to protect vulnerable women and fully decriminalise prostitution.

“It’s either Pretty Woman, or it’s horrible torture and rape” says Adib of the way prostitution is usually portrayed. “This film helps demystify what it is – and we’re very pragmatic about that” she continues.

“I think the emotion needs to be taken out of this subject” agrees producer Claire Cottrell. “I think if we could just do that, we could just be so much more civilised and move forward.”

The report from the ECP presents clear evidence that the full decriminalisation of sex work is the only way to protect these women.

“We have cases where women have actually gone to the police to report violence and have been prosecuted for prostitution, while their violent attackers go free” says ECP spokesperson Niki Adams.

Jenny can testify to this. “We have to look after each other because the police aren’t there to help” she says. “All they want to do is push you out into wasteland, somewhere more dangerous where you’re out of sight, out of mind. Or they want to lock you up.”

The release of this film will undoubtedly stir up heated public debate, particularly on Twitter where the conversation played out last year with Amnesty International. But Adib, Cottrell and their many celebrity supporters (including actors Sarah Solemani, Michael Sheen) are asking us to look past the preconceptions, and consider the circumstances facing society’s most vulnerable.

“Feminist discourse often measures change or female progress from the glass ceiling down, and how many women are in boardrooms and in positions of executive power” says Solemani, who introduced the film in Parliament today.

“But I’ve long believed that the mark of a truly civilised society is how you treat women from the streets up. It’s no longer acceptable that we make the most vulnerable women in society criminals. It’s time to lift these laws, and have the full decriminalisation of sex work.”

Adams is hopeful that this film could be the one that gets the topic the thoughtful attention it deserves.

“Public opinion is on our side’ she says emphatically.  “In fact that’s included in our opinion polls. The public has quite a good understanding of sex work, how women would be safer if they weren’t constantly running from the police.”

*Not her real name.